In Defense of Annual School Testing By CHAD ALDEMAN


In Defense of Annual School Testing 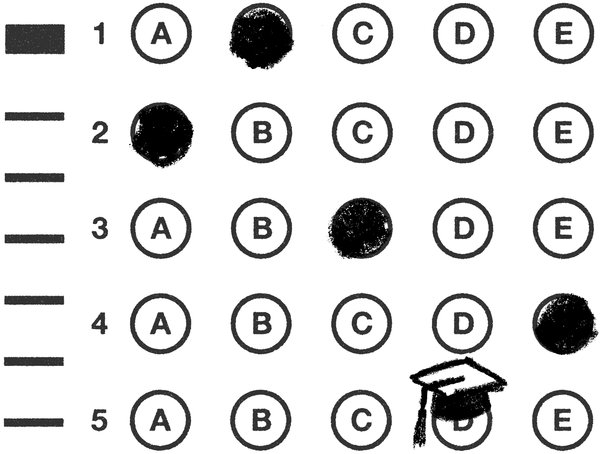 WASHINGTON — DURING a recent hearing by the Senate Education Committee, its Republican chair, Lamar Alexander of Tennessee, questioned whether the federal government’s annual standardized testing requirement, embodied in the No Child Left Behind law of 2001, may be too much. He pointed out that students now spend 1 to 3 percent of their school year taking federal, state and local tests in reading and math.

The concerns about standardized tests are bipartisan. Last fall former President Bill Clinton said, “I think doing one in elementary school, one in the end of middle school and one before the end of high school is quite enough.” This was the policy his administration championed in the law that predated No Child Left Behind. And recently teachers’ unions and the liberal Center for American Progress backed this type of “grade-span” approach for school accountability purposes.

The idea of less testing with the same benefits is alluring. Yet in practice it would actually roll back progress for America’s students.

Yes, test quality must be better than it is today. And, yes, teachers and parents have a right to be alarmed when unnecessary tests designed only for school benchmarking or teacher evaluations cut into instructional time. But annual testing has tremendous value. It lets schools follow students’ progress closely, and it allows for measurement of how much students learn and grow over time, not just where they are in a single moment.

It also allows for a much more nuanced look at student performance. For example, rather than simply looking at average overall school performance, where high performers frequently mask what’s happening to low achievers, No Child Left Behind focuses attention on the progress that groups of students are making within schools — a level of analysis that is possible only with annual data. To be confident that the test results aren’t pulled up or down by a few students and to minimize year-to-year variability, states usually consider only groups of at least 30 or 40 students. States are also able to average results over multiple years or across grades.

So, for instance, a school with 10 Hispanic students in each of grades three, four, five and six adds up to a group of 40, providing some accountability for what is happening to those students.

The grade-span approach would eviscerate the ability to look at particular groups of students within schools. Instead of having multiple grades over which schools could compile results, each school would be held responsible only for the performance of students in a single grade. Not only would this lower the quality of the data, but it would also raise the stakes of the tests: If you think the stakes are too high now, imagine being a fifth grader in a school where your score determines the results of the entire school.

Worst of all, under this approach, far fewer schools would be on the hook for paying attention to historically disadvantaged groups of students. A school with 10 Hispanic students in each grade would no longer be held accountable for whether those students were making sufficient progress, because the 10 fifth graders wouldn’t be enough to count as a meaningful population size.

To get a sense of how many students could become newly “invisible,” consider public elementary schools in Washington, D.C. Applying the same minimum group size currently used for entire schools to the fifth grade only, about half of the city’s 119 elementary schools with fifth graders taking math tests would not be held accountable for the progress of low-income or African-American students, because there aren’t enough of them in that grade to constitute a reliable sample size. For that same reason, less than 10 percent of schools would be responsible for Hispanic students or English language learners, and not a single elementary school would be accountable for the progress of students with disabilities.


Coincidentally, the push for limiting testing has sprung up just as we’re on the cusp of having new, better tests. The Obama administration has invested $360 million and more than four years in the development of new tests, which will debut this spring. Private testing companies have responded with new offerings as well.

Today’s eagerness to jettison our commitment to leave “no child behind” is a shame, not just because better tests are on the horizon, but also because it worked. Fourth and eighth grade achievement scores of black, Hispanic and low-income students have never been higher. High school graduation rates are at an all-time high. And researchers repeatedly link No Child Left Behind’s emphasis on traditionally underperforming groups to real improvements in schools around the country. The conversations that No Child Left Behind sparked are not easy, but they are essential.

That’s why it’s exactly the wrong time to accept political solutions leaving too many of our most vulnerable children hidden from view.


Chad Aldeman is an associate partner at Bellwether Education Partners, a nonprofit education research and consulting firm. He served as an adviser to the Department of Education from 2011 to 2012.

A version of this op-ed appears in print on February 7, 2015, on page A19 of the New York edition with the headline: In Defense of Annual School Testing.