Why the Growth Mindset is the Only Way to Learn

“You’re too old to learn a foreign language.”

“I couldn’t work on computers. I’m just not good with them.”

“I’m not smart enough to run my own business.”

Do you know what these statements have in common? They’re all examples of the fixed mindset- the belief that intelligence, ability, and success are static qualities that can’t be changed.

When you have a fixed mindset, you believe that at a certain point, what you have is all you’re ever going to have: You’ll always have a set IQ. You’re only qualified for the career you majored in. You’ll never be any better at playing soccer or dating or taking risks. Your life and character are as certain as a map.

The problem is, this mindset will make you complacent, rob your self-esteem and bring meaningful education to a halt.

In short, it’s an intellectual disease and patently untrue.

The fixed mindset’s antithesis, the growth mindset, may be the cure. It’s the opposite way of thinking; a malleable approach to the world that makes you strive for accomplishments, imbues you with curiosity, and helps your explore the boundaries of your full intelligence.

Dr. Carol Dweck has devoted her career to probing into the idea of the growth mindset. In her twenty years of research, she’s uncovered some interesting things about how we learn.

But before the good news, we have to address the bad. Many of us are still living in the “fixed” camp, and it’s important to know your enemy.

The Fixed Mindset in Action

Do you find yourself trying to prove how smart you are? Are you constantly anxious of being called out?

These are all symptoms of a fixed mindset.

Within a fixed framework, progress is impossible. Sure, you may pick up an odd and minor interest here and there, but you’re never really going to change. The big problem is that this thinking nurtures a fundamental insecurity; it crushes resilience and those who have this mindset struggle to overcome setbacks of any kind.

But where do these mindsets come from?

According to Dweck, they’re formed very early in life – and it’s actually possible a mindset like this was useful. It defined for the growing mind who they wanted to be and how to become that person,giving a distinct formula for self-esteem and a simple, straight-fo....

The trouble is, some people never evolve beyond that. It becomes their default. That’s a direct result of their learning environment and education.

If you’re regularly praised for your intelligence by a teacher or parent, for example, you internalize that praise. It becomes a part of your identity. You work to prove yourself over and over again in just one area.

If you’re then criticized or discouraged when you fail, you also internalize that negative feedback and try to avoid it at all costs.

When something threatens your competence, you let it threaten you. Rather than take risks and make moves to grow in your understanding – which might mean you get things wrong or that your intelligence is called into question – you defend against having to grow because it might mean you’ll fail.

There’s another piece of the puzzle that deserves its own consideration. It’s a very dirty word that too many are subscribing to: “talent.”

The Great Myth of Talent

In conversation, “skill” and “talent” are often used interchangeably – but there’s an essential difference: Talents are innate. Skills are earned.

Talents are like skills you didn’t work for: Having better hand-eye coordination than most, an ability to stay on the beat when playing music or an ease of working with math.

But is talent an absolute predictor of long term aptitude? Absolutely not.

So the next time you find yourself discouraged by the gifted, try to keep a couple of things in mind: First, the environment of affluence, free time, and imposed practice many of these individuals inhabit. And second, the countless examples of people who came to excel in their fields without the benefit of inherent gifts.

The growth mindset is the opposite of the fixed: It thrives on challenge and sees failure as an opportunity for growth. It creates a passion for learning instead of a hunger for approval.

It seems like a mere platitude to say “If you believe you can do something, you can.” It’s not an easy belief because building practically any skill is hard. When setbacks, crushed expectations, and critics gather and compound, it’s much easier to ascribe ability to talent and give up. Dr. Dweck, however, has found that the platitude is correct.

Her research has shown a correlation between accepting intellectual limitations and actually learning more!

Take one study she did with 400 fifth-graders. Dweck’s Columbia University research team gave the students a series of three IQ tests. In this experiment, however, the second test was far above the ability level of a normal fifth grader. Sure enough, all 400 students performed poorly on it.

Then, when asked to write private letters to future students who would do the tests, 40% of the fixed-mindset students lied about their scores to sound as though they did better than they actually had.

The implication: Focusing on innate qualities and praising purely for current ability inhibits learning, while praising the process of learning and growth instead of immediate talent promotes it.

Then again, that study was just about small children- but children grow up. And if they’re taught that their capacity to learn is fixed, they bring their intellectual insecurities into adulthood.

They’ve been essentially taught to try to avoid looking stupid, and that’s a hard habit to break.

Take another study that Dweck performed at the University of Hong Kong. In the experiment, students were first grouped by researchers into fixed and growth mindsets based on interviews and questionnaires.

In turn “remedial” growth mindset students outperformed their fixed mindset peers in their schoolwork. The other, non-attending students were so consumed with maintaining an intelligent persona that they became less intelligent than their peers.

Dweck summed it up like this: “Students who hold a fixed view of their intelligence care so much about looking smart that they act dumb, for what could be dumber than giving up a chance to learn something that is essential for your own success?”

In a study that would affirm this, Dweck studied the brain waves of fixed and growth mindset people in the Columbia brain-wave lab. She monitored how they responded to different questions and how they received feedback.

Her results showed that those with a fixed mindset only paid attention to feedback that reflected on their current ability, but stopped listening when information was shared that might help them learn and improve. Their brains actively tuned out, even when the correct answer to a question they had failed was given.

Conversely, the growth mindset group remained attentive and paid attention to feedback that built upon their existing knowledge whether they’d answered the question correctly or not.

This showed her that the primary difference in the mindsets is that fixed mindsets are stuck on success or failure, while growth mindsets are attuned to growing their understanding.

The Way into Growth Mindset

Accepting the premise that growth mindset is healthier and more productive, the question becomeshow does one cultivate it?

It would be nice if there was a scientific process or a step-by-step approach, but the truth is that the journey to a growth mindset is a personal one, with different paths for different people.

Here’s are a few practical ways you can begin today:

No one can put in the work or learn for you. But having a support community is the single most effective supplement to the learning process. Collaboration maintains focus, speeds up learning, and sustains int.... No matter what it is you’re pursuing, find a group or a mentor for it.

Take Your Ego Out of Learning

As much as possible, take object orientation out of the equation. Focus on the task at hand. Don’t compare yourself to others or worry if you’re making the knowledge stick. Just learn- stolidly, patiently, and without tripping over your own expectations.

It helps to actively listen to your own thoughts and speak back to fixed thinking with a growth mindset.  When you find yourself thinking “I’ll never get this right” or “I’m just not good at this”, combat it by actively affirming for yourself that failure is okay and the process is what is important.

Here’s something that no one with a fixed mindset has managed to internalize: Humans aren’t perfect and neither is the process of learning. You’ll experience winding courses, make many mistakes, and do bad work whenever you set yourself to learn.

Stop insisting that your endeavors all be perfect. Just aim for doing better each time and excellence will find you all by itself.

Learn to Enjoy Being Lousy

Giving up perfectionism and an obsession with outcome, you’re left free to enjoy things just because you’re doing them! Dweck summed up the benefits like this:

Remember those students in Hong Kong. Be humble, act as if you’re remedial, and you’ll learn all the more!

Learning your way into a growth mindset is like learning anything else. It’ll be incremental and even difficult at times. But whenever you feel your confidence flagging, try to remember that there are some very smart people who struggle as you do.

And if they’re winning their way to intellectual freedom, why can’t you? 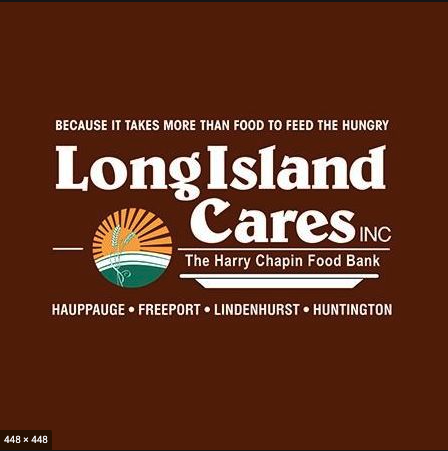