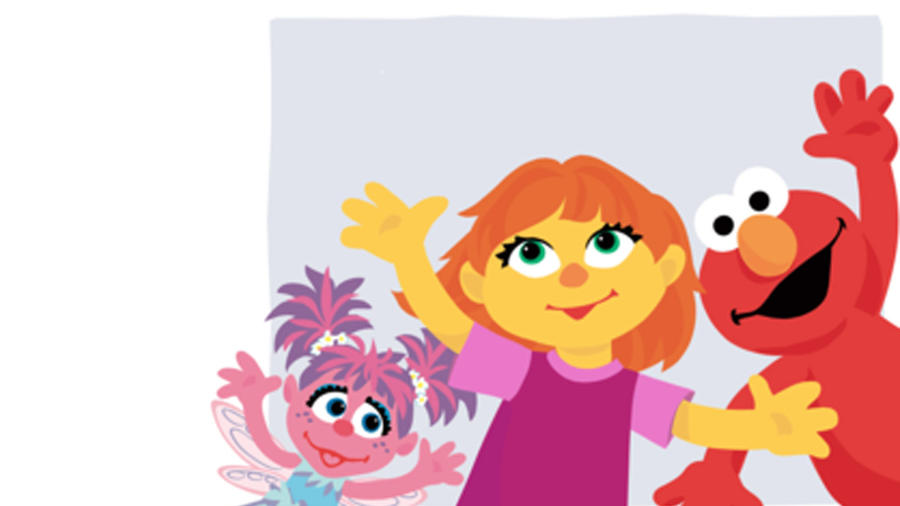 Meet Julia, Sesame Street's newest muppet. She has autism. And unlike most children with autism, she's a girl.

A previous version of this post said that 1 in 42 people who have autism are boys. In fact, 1 in 42 boys are diagnosed with autism.

So if Sesame, whose mission is “to help all children grow smarter, stronger and kinder,” were truly interested in representing autism most accurately, wouldn’t its new character be a boy?

That question isn’t lost on Sherrie Westin, Sesame’s executive vice president, global impact and philanthropy. Julia took three years to create, and after consulting extensively with researchers, she was at first surprised that they recommended a girl. But the more she thought about it, the more it made sense to her.

“We made sure she was a girl namely because autism is seen so much more often in boys,” she said. “We wanted to make it clear that girls can be on the spectrum, too. .. We’re trying to eliminate misconceptions, and a lot of people think that only boys have autism.” 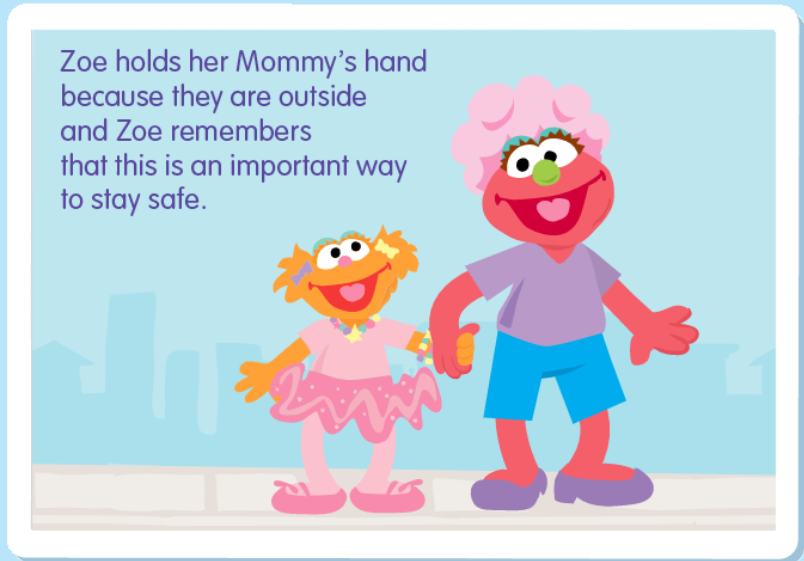 This week, Sesame Street Workshop unveiled its newest initiative, “Sesame Street and Autism: See Amazing in All Children.” In addition to the creation of Julia, the website includes several videos about autism; “routine cards” that use Sesame characters to aid in the teaching of basic skills to students with autism (one animated card shows how “Elmo goes potty”) and overviews on different topics such as “being a friend,” “brothers and sisters,” “see the amazing,” and “what to say to a parent of a child with autism.” There’s also a storybook called “We are amazing, 1, 2, 3” that shows Julia interacting with other muppets and features audio narration as the digital pages turn. As of now, Julia will not be appearing on the Sesame Street broadcast, said spokesperson Philip Toscano.

See the most-read stories in Entertainment this hour >>

It’s an initiative Westin raised with Sesame’s chief executive several years ago, but at the time, she said, Sesame didn’t have the bandwidth. “We couldn’t tackle autism right away, but it’s something we felt we should be tackling because of the sheer number,” she said, as well as the letters she had received from parents of children with autism who spoke of their kids’ connection to Sesame and the muppets.

Three years ago, Westin found Sesame poised to take it on, so the process began: “It really grew from being something to help families with children on the spectrum,” she said, but shifted in focus when she learned about “the lack of understanding of autism among neurotypical children.”

Children with autism vary in their traits significantly: some can talk, while others can’t. Many of them are sensitive to noise. Some have trouble keeping eye contact, and many of them experience the world differently, so they’ll touch different objects to explore the sensation of texture. Perhaps because of this range, autism is also extremely controversial. While some organizations, such as Autism Speaks, consider autism a syndrome that calls for research to help mitigate its effects, others, such as the Autism Self-Advocacy Network, simply view autism as an alternative way of expressing oneself.

So by stepping into the fray, and by choosing the traits for one character to represent autism, Sesame Street risked facing backlash.

“Sesame can be a great convener of different interests,” Westin said. “We were able to bring people at opposite ends of the spectrum, pun intended, from Autism Speaks, to the Autism Self-Advocacy Network. Those groups see certain things differently, but what they had in common is they wanted to give families and children tools.” Both groups have released statements supporting the initiative.

Besides, Westin said, Sesame isn’t wading into the more controversial aspects of autism, such as its cause. “We don’t pretend that every child who is on the spectrum is the same,” Westin said. Sesame is trying to tackle a fundamental problem: Autistic children are five times as likely to be bullied than their peers.

Ultimately, after working with these groups and experts from such institutions as the Yale Child Study Center, they decided on these characteristics for Julia: She can talk. She cannot make extensive eye contact. And she flaps her arms when she gets excited. “We chose things we thought would be most helpful and most typical,” Westin said. On top of these markers of autism, Julia is very curious and smart. 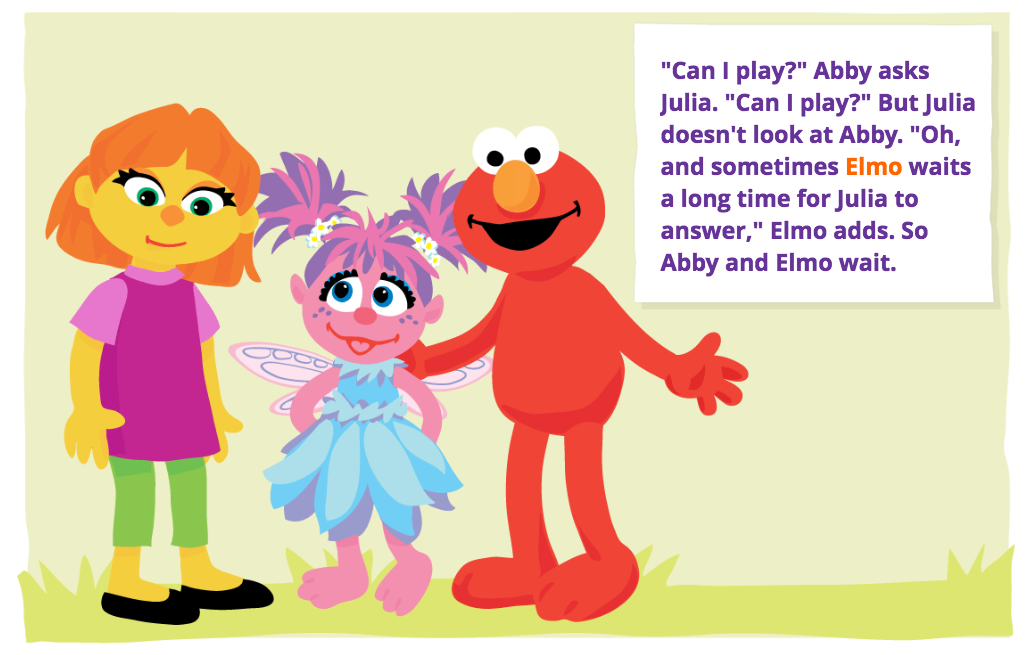 The storybook doesn’t explain autism explicitly, but rather shows her playing with Elmo, and mentions things like how when she plays with a toy bus, “she especially likes spinning the wheels around and around.”

Sesame also shows Julia’s autism in how she communicates with other muppets. In one scene, as she swings with Elmo, Elmo introduces her to his friend Abby. But Julia keeps swinging and doesn’t look in Abby’s direction, prompting Abby to say, “your friend doesn’t like me.”

But that’s not true, Elmo responds. “It’s just hard for her to talk when she’s swinging,” he explains. Once Julia finishes swinging, Abby tries again, and asks if they can play together, but Julia just looks down.

Again, Elmo has the answers. “Elmo’s daddy told Elmo that Julia has autism,” he says. “So she does things a little differently. Sometimes Elmo talks to Julia using fewer words and says the same things a few times.”

Dr. Jeanette Betancourt, Sesame’s senior vice president, community and family engagement, will be keeping an eye on how effective the materials effectively are. “We want to expose the material to children with and without autism and test the influence of the materials, and also the ease of use,” she said.