Why a Growth Mindset is Crucial to Learning By Sarah Muthler

Why a Growth Mindset is Crucial to Learning

A lot of people say that they are bad at math and blame a lack of talent. This belief that we are born being good at certain things and bad at other things is called a fixed mindset. If you ascribe to this idea, then you see intelligence and ability as static. The opposite viewpoint, and one that researchers increasingly think is crucial to success, is the growth mindset. This theory asserts that we can improve at math — or anything else we put our mind to — with practice and determination. We might differ in natural aptitudes or inclinations, but all of us can grow. Not surprisingly, children with a growth mindset are more likely to tackle a challenge or try something new. 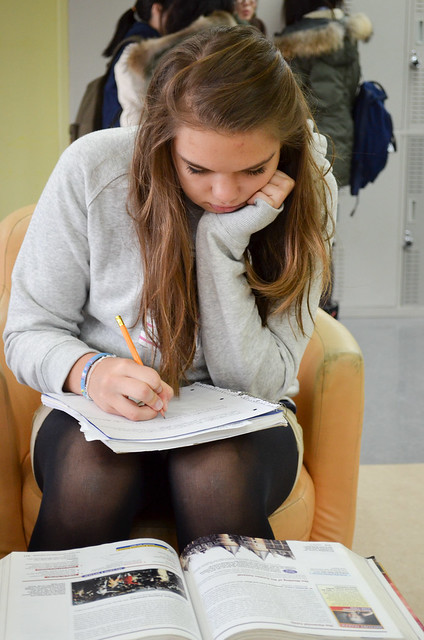 The trouble with a fixed mindset

Children who have a fixed mindset view school as a place where they have to prove their intelligence over and over again. Dr. Carol Dweck is a leading researcher in the field, and she has found that children pick up on the fixed mindset from a very early age.

In a study, Dweck and her colleagues gave 4-year-olds the choice of redoing an easy puzzle or trying a more difficult one. The children with the fixed mindset chose to do the easy puzzle again because they knew they could succeed at it. The children with a growth mindset chose to try the challenging puzzle. They could not see the point in redoing a puzzle they had already mastered.

A fixed mindset causes students to play it safe. Each good grade that they earn proves that they are intelligent or successful. They shy away from trying something new or challenging because they might not do well, and then they would no longer appear smart.

Students benefit from a growth mindset

Students with a growth mindset understand that when a task is difficult, they are learning and their brain is getting stronger. In a TED talk, Dweck discusses a study in which she gave difficult math problems to fourth graders. The fourth graders with the growth mindset eagerly tackled the problems. Those with a fixed mindset suggested that they might cheat next time or at least console themselves by finding somebody who had done worse than they had. Clearly, the growth mindset was more conducive to learning.

How to foster a growth mindset

Dweck talks about one high school that stopped giving a failing grade and began to give a grade of “not yet.” This might sound like a feel-good New Age idea, but student performance greatly improved with the change. The words “not yet” suggested to students that they could still learn the material if they worked hard.

This doesn’t mean that you have to do away with grades. Instead, when students stumble, help them think about how they could improve in the future. Students need to see learning as a lifelong process, something they continue to work at whether they receive an A or an F.

Find the opportunity in failure

If you think back on your first few months as a teacher, you probably had some lessons that were flops. You didn’t leave the profession though. You filed away those mistakes as lessons learned, and then you tried a new method. Your students need to learn to do the same. When students have disappointing results, ask them to reflect on what went wrong. What could they do differently next time? The biggest opportunity for growth comes with failure, not success.

When you help your students develop a growth mindset, you are doing more than improving their chances of success in life. You are teaching them how to live a fulfilling life. When students enter the adult world, they will not receive constant feedback and praise. They might toil months or years to reach a goal. With a growth mindset, they will be able to find joy and purpose in the daily struggle toward a goal rather than the fleeting moment when they reach it.

Editor’s note: This piece was originally written by the Edudemic Staff and ran on November 28, 2014. A lot has changed since then, so we’ve had author Sarah Muthler update this piece with the latest techniques and innovations.