College tuition has been free for all students in Scotland since 2008.(Shutterstock)

Bernie Sanders loves to talk about Denmark's liberal policies, including free higher education. But for his plan to make tuition free at public colleges, there's a better comparison: Scotland, which abolished tuition fees in 2000.

The Scottish government claims its system is the most generous in the United Kingdom. But low-income students still end up with relatively high levels of student debt. So there are also questions about whether the free tuition policy really is as progressive as its supporters say — a debate that echoes a similar argument between Hillary Clinton and Sanders in th....

How Scotland decided college should be free 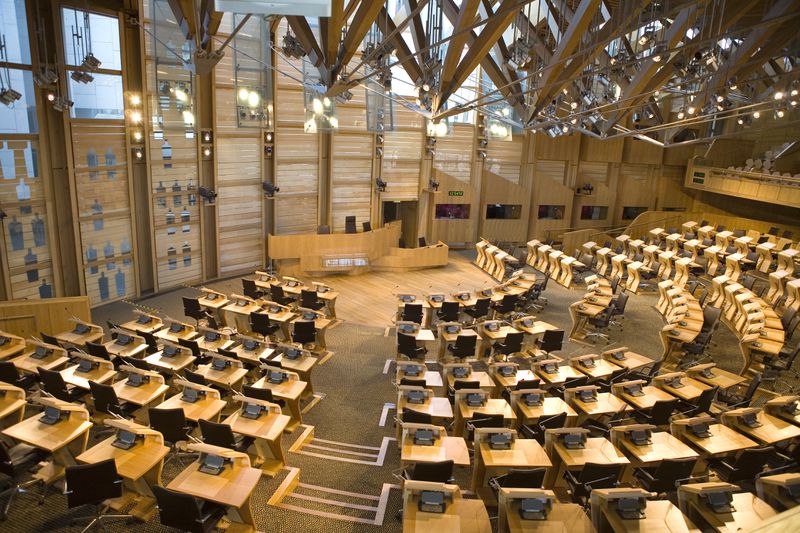 
The United Kingdom used to set tuition policy for universities through its central government. Beginning in 1997, students across the UK were required to pay £1,000 toward their education each year — about $2,200 in today's US dollars.

But in 1999, Scotland voted in favor of creating its own parliament, and that governing body got the responsibility for higher education. Scotland decided college should be free up front, even if students had to contribute after graduation. Beginning in 2001, tuition fees were abolished, and college graduates had to pay £2,000, around $3,000, to the Scottish government the year they graduated if they were earning at least £10,000, or $15,000, per year.

In 2008, the Scottish government, led by the pro-independence Scottish National Party, got rid of the post-graduation fee. College in Scotland became completely free. Students were eligible for government support to pay living expenses, too, through grants and loans adding up to £7,250, or about $11,200, per year for students from the poorest families.

The result is that students who started college in England after 2012, when the latest tuition increase took effect, are expected to owe more than £44,000, or about $68,000, on average after graduation, roughly twice as much as English students owe today. That's far more debt than even American students carry.

When tuition went down, college applications went up

One argument in favor of free tuition is that it could encourage students to apply to college who otherwise would think they couldn't afford it. "Everyone can afford college because it's free" is a clearer message than "college might look expensive, but you probably won't end up paying what colleges say they charge."

Research on Scotland's policy change by Filipa Sá, a senior lecturer in economics at King's College London, suggested it had that effect. College applications dropped by about 30 percent in England as tuition fees went up, and they rose by about 24 percent in Scotland after up-front fees were eliminated in 2001.

Sá also found that students in Scotland were much more likely to study subjects with worse prospects for income and employment after graduation. When they weren't paying to attend college, it seemed like money didn't matter as much when they were choosing a profession. If your goal is to get more students to enter public service and other lower-paying professions, then that might be a good result.

On the other hand, students in Scotland who are poor enough to get free meals in elementary and secondary school are still less likely to enroll in college than similar students are elsewhere in the UK. So while applications might have ticked up slightly, the absence of fees hasn't been enough to lead to a surge in low-income enrollments.

The main criticism of Scotland's free tuition is that it's regressive: Students still take on some debt to pay living expenses even though tuition is free. And the burden of that debt falls more heavily on poor students than others.

Students in Scotland from families making less than £30,000 per year, or about $46,000, took out 70 percent of the student loans borrowed that year, even though those students make up only 45 percent of the college-going population, according to an analysis by Lucy Hunter Blackburn, a former head of higher education for the Scottish government who is a consistent critic of the free tuition plan.

The typical low-income student in Scotland will be expected to borrow 23,000 pounds, the equivalent of $35,000.

Scotland has created "a de facto system of graduate tax visited mainly on those who started from the poorest homes, while the post-graduation incomes of those from better-off families remain largely untouched," Hunter Blackburn wrote, arguing that the system has the effect of "entrenching the current distribution of wealth."

What lessons the US can learn from Scotland Photo by David McNew/Getty ImagesDemocratic presidential candidate Bernie Sanders has called for free college tuition in the US.


Most of the arguments about Scotland's system are about whether it's more or less generous than the way students elsewhere in the UK pay for college. But the debate over higher education in the US is now confronting some of the same issues.

Some experts have criticized Tennessee's free community college program as insufficient because it's what's called a "last dollar" scholarship — meaning that it kicks in only after other scholarships and grants have been applied. That means that students who already received state and federal grants to help them pay tuition don't end up ahead, while students from middle-class and wealthier families get a benefit they wouldn't otherwise have had.

So far, the Democratic presidential candidates are avoiding this pitfall.

Both Hillary Clinton and Bernie Sanders's plans would increase the amount of money students have available to pay living expenses by directly lowering tuition. Right now, students can keep whatever is left of their student loans or Pell Grants, federal money for low-income students, after paying tuition to use for living expenses.

If the Pell Grant continued to keep pace with inflation, lower or free tuition means that low-income students would have more money than they do now available to pay the other costs of college. The most important question is whether the Pell Grant would continue to get significant political support in a world where college tuition is "free" — or if the US, like Scotland, would begin pushing low-income students toward student loans.