Status and Stress By MOISES VELASQUEZ-MANOFF 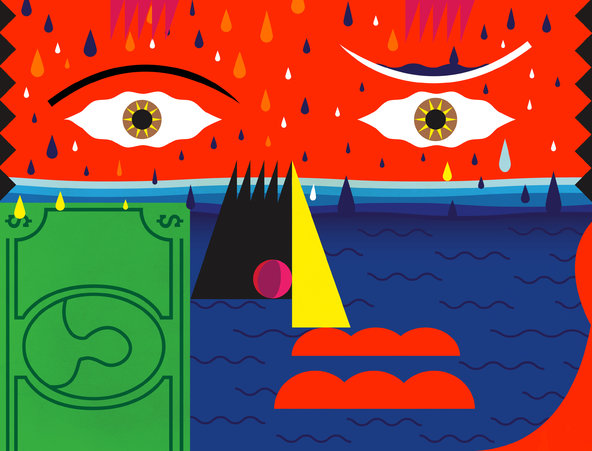 The Great Divideis a series about inequality.

Although professionals may bemoan their long work hours and high-pressure careers, really, there’s stress, and then there’s Stress with a capital “S.” The former can be considered a manageable if unpleasant part of life; in the right amount, it may even strengthen one’s mettle. The latter kills.

What’s the difference? Scientists have settled on an oddly subjective explanation: the more helpless one feels when facing a given stressor, they argue, the more toxic that stressor’s effects.

That sense of control tends to decline as one descends the socioeconomic ladder, with potentially grave consequences. Those on the bottom are more than three times as likely to die prematurely as those at the top. They’re also more likely to suffer from depression, heart disease and diabetes. Perhaps most devastating, the stress of poverty early in life can have consequences that last into adulthood.

Even those who later ascend economically may show persistent effects of early-life hardship. Scientists find them more prone to illness than those who were never poor. Becoming more affluent may lower the risk of disease by lessening the sense of helplessness and allowing greater access to healthful resources like exercise, more nutritious foods and greater social support; people are not absolutely condemned by their upbringing. But the effects of early-life stress also seem to linger, unfavorably molding our nervous systems and possibly even accelerating the rate at which we age.

Even those who become rich are more likely to be ill if they suffered hardship early on.

The British epidemiologist Michael Marmot calls the phenomenon “status syndrome.” He’s studied British civil servants who work in a rigid hierarchy for decades, and found that accounting for the usual suspects — smoking, diet and access to health care — won’t completely abolish the effect. There’s a direct relationship among health, well-being and one’s place in the greater scheme. “The higher you are in the social hierarchy,” he says, “the better your health.”

Dr. Marmot blames a particular type of stress. It’s not necessarily the strain of a chief executive facing a lengthy to-do list, or a well-to-do parent’s agonizing over a child’s prospects of acceptance to an elite school. Unlike those of lower rank, both the C.E.O. and the anxious parent have resources with which to address the problem. By definition, the poor have far fewer.

So the stress that kills, Dr. Marmot and others argue, is characterized by a lack of a sense of control over one’s fate. Psychologists who study animals call one result of this type of strain “learned helplessness.”

How they induce it is instructive. Indiscriminate electric shocks will send an animal into a kind of depression, blunting its ability to learn and remember. But if the animal has some control over how long the shocks last, it remains resilient. Pain and unpleasantness matter less than having some control over their duration.

Biologists explain the particulars as a fight-or-flight response — adrenaline pumping, heart rate elevated, blood pressure increased — that continues indefinitely. This reaction is necessary for escaping from lions, bears and muggers, but when activated chronically it wears the body ragged. And it’s especially unhealthy for children, whose nervous systems are, by evolutionary design, malleable.

Scientists can, in fact, see the imprint of early-life stress decades later: there are more markers of inflammation in those who have experienced such hardship. Chronic inflammation increases the risk of degenerative diseases like heart disease and diabetes. Indeed, telomeres — the tips of our chromosomes — appear to be shorter among those who have experienced early-life adversity, which might be an indicator of accelerated aging. And scientists have found links, independent of current income, between early-life poverty and a higher risk of heart disease, high blood pressure and arthritis in adulthood.

“Early-life stress and the scar tissue that it leaves, with every passing bit of aging, gets harder and harder to reverse,” says Robert Sapolsky, a neurobiologist at Stanford. “You’re never out of luck in terms of interventions, but the longer you wait, the more work you’ve got on your hands.”

This research has cast new light on racial differences in longevity. In the United States, whites live longer on average by about five years than African-Americans. But a 2012 study by a Princeton researcher calculated that socioeconomic and demographic factors, not genetics, accounted for 70 to 80 percent of that difference. The single greatest contributor was income, which explained more than half the disparity. Other studies, meanwhile, suggest that the subjective experience of racism by African-Americans — a major stressor — appears to have effects on health. Reports of discrimination correlate with visceral fat accumulation in women, which increases the risk of metabolic syndrome (and thus the risk of heart disease and diabetes). In men, they correlate with high blood pressure and cardiovascular disease. 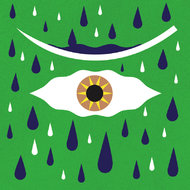 Race aside, Bruce McEwen, a neuroscientist at Rockefeller University in New York, describes these relationships as one way that “poverty gets under the skin.” He and others talk about the “biological embedding” of social status. Your parents’ social standing and your stress level during early life change how your brain and body work, affecting your vulnerability to degenerative disease decades later. They may even alter your vulnerability to infection. In one study, scientists at Carnegie Mellon exposed volunteers to a common cold virus. Those who’d grown up poorer (measured by parental homeownership) not only resisted the virus less effectively, but also suffered more severe cold symptoms.

Peter Gianaros, a neuroscientist at the University of Pittsburgh, is interested in heart disease. He found that college students who viewed their parents as having low social status reacted more strongly to images of angry faces, as measured by the reactivity of the amygdala — an almond-shaped area of the brain that coordinates the fear response. Over a lifetime, he suspects, a harder, faster response to threats may contribute to the formation of arterial plaques. Dr. Gianaros also found that, among a group of 48 women followed for about 20 years, higher reports of stress correlated with a reduction in the volume of the hippocampus, a brain region important for learning and memory. In animals, chronic stress shrinks this area, and also hinders the ability to learn.

These associations raise profound questions about stress’s role in hindering life achievement. Educational attainment and school performance have long been linked to socioeconomic class, and a divergence in skills is evident quite early in life. One oft-cited study suggests that 3-year-olds from professional families have more than twice the vocabulary of children from families on welfare. The disparity may stem in part from different intensities of parental stimulation; poorer parents may simply speak less with their children.

But Martha Farah, a neuroscientist at the University of Pennsylvania, has also noted differences not just in the words absorbed but in the abilities that may help youngsters learn. Among children, she’s found, socioeconomic status correlates with the ability to pay attention and ignore distractions. Others have observed differences in the function of the prefrontal cortex, a region associated with planning and self-control, in poorer children.

“You don’t need a neuroscientist to tell you that less stress, more education, more support of all types for young families are needed,” Dr. Farah told me in an e-mail. “But seeing an image of the brain with specific regions highlighted where financial disadvantage results in less growth reframes the problems of childhood poverty as a public health issue, not just an equal opportunity issue.”

Animal studies help dispel doubts that we’re really seeing sickly and anxiety-prone individuals filter to the bottom of the socioeconomic heap. In primate experiments females of low standing are more likely to develop heart disease compared with their counterparts of higher standing. When eating junk food, they more rapidly progress toward heart disease. The lower a macaque is in her troop, the higher her genes involved in inflammation are cranked. High-ranking males even heal faster than their lower-ranking counterparts. Behavioral tendencies change as well. Low-ranking males are more likely to choose cocaine over food than higher-ranking individuals.

All hope is not lost, however. Gene expression profiles can normalize when low-ranking adult individuals ascend in the troop. “There are likely contextual influences that are not necessarily immutable,” says Daniel Hackman, a postdoctoral scholar at the University of Pittsburgh. And yet, as with humans, the mark of early-life hardship persists in nervous systems wired slightly differently. A nurturing bond with a caregiver in a stimulating environment appears essential for proper brain development and healthy maturation of the stress response. That sounds easy enough, except that such bonds, and the broader social networks that support them, are precisely what poverty disrupts. If you’re an underpaid, overworked parent — worried, behind on rent, living in a crime-ridden neighborhood — your parental skills are more likely to be compromised. That’s worrisome given the trends in the United States. About one in five children now lives below the poverty line, a 35 percent increase in a decade. Unicef recently ranked the United States No. 26 in childhood well-being, out of 29 developed countries. When considering just childhood poverty, only Romania fares worse.

“We’re going in the wrong direction in terms of greater inequality creating more of these pressures,” says Nancy Adler, the director of the Center for Health and Community at the University of California, San Francisco. As income disparities have increased, class mobility has declined. By some measures, you now have a better chance of living the American dream in Canada or Western Europe than in the United States. And while Americans generally gained longevity during the late 20th century, those gains have gone disproportionately to the better-off. Those without a high school education haven’t experienced much improvement in life span since the middle of the 20th century. Poorly educated whites have lost a few years of longevity in recent decades.

A National Research Council report, meanwhile, found that Americans were generally sicker and had shorter life spans than people in 16 other wealthy nations. We rank No. 1 for diabetes in adults over age 20, and No. 2 for deaths from coronary artery disease and lung disease. The Japanese smoke more than Americans, but outlive us — as do the French and Germans, who drink more. The dismal ranking is surprising given that America spends nearly twice as much per capita on health care as the next biggest spender.

But an analysis by Elizabeth H. Bradley, an economist at the Yale School of Public Health, suggests that how you spend money matters. The higher the spending on social services relative to health care, she’s found, the greater the longevity dividends.

Some now argue that addressing health disparities and their causes is not just a moral imperative, but an economic one. It will save money in the long run. The University of Chicago economist James Heckman estimates that investing in poor children yields a yearly return of 7 to 10 percent thereafter to society.

Early-life stress and poverty aren’t a problem of only the poor. They cost everyone.

Moises Velasquez-Manoff is a science writer and the author of “An Epidemic of Absence: A New Way of Understanding Allergies and Autoimmune Diseases.”