OPINION: In hip-hop, educators find a bridge to Shakespeare

OPINION: In hip-hop, educators find a bridge to Shakespeare
The Hechinger Report by Nolan Jones 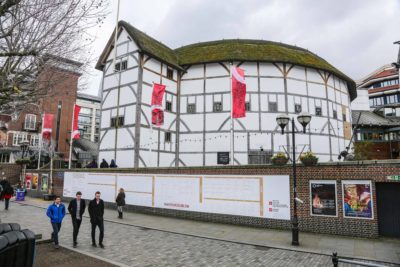 Hip-hop is approaching 50, and in its middle age it now permeates every facet of popular culture.

Jimmy Fallon does rap history tributes with Justin Timberlake on The Tonight Show. Kellogg’s iconic honey bee dances to Nelly’s “Ride wit Me” to sell Cheerios, and the musical Hamilton has smashed box-office records by bringing hip-hop to Broadway. According to Nielsen ratings, rap has surpassed rock to become the most consumed style of music in America.

A growing number of educators have seized upon hip-hop’s wide appeal to help students connect with challenging academic subjects. I have seen in my own classrooms how exciting the results can be of pairing hip-hop with a seemingly unlikely subject. Consider for a moment my favorite example of a natural fit with hip-hop in the classroom: William Shakespeare.

Students tap into their own cultural capital when teachers make plain the connections between that which is culturally familiar, like hip-hop, and that which can be too easily dismissed as musty and irrelevant, like Shakespeare’s plays and poetry. This connection gives students a new confidence in their own language and culture, and it moves away from what I consider a “deficit-model” approach to teaching, which posits students’ familiar cultures and language as problems to be overcome in the classroom.

Many artists have spent time exploring the fertile overlaps between hip-hop and Shakespeare. Macbeth has often, though not always, been the focus: Gerald Barclay and Greg Salman reimagined Macbeth in movies like “Bloody Streetz” and “Mad Dawg,” respectively, while Ayodele Nzinga and Victoria Evans’ “Erville” reinterpreted Macbeth on stage in plays like “Mac,” “A Gangsta’s Tale” and “MacB: The Macbeth Project.”

This story about hip-hop and Shakespeare was produced by The Hechinger Report, a nonprofit, independent news organization focused on inequality and innovation in education. Sign up for our newsletter.

Nolan Jones is an associate adjunct professor of education at Mills College in California and an expert on community health, youth development, urban development and hip-hop pedagogies.

The post OPINION: In hip-hop, educators find a bridge to Shakespeare appeared first on The Hechinger Report.