Madame Secretary, may I offer you a screwdriver? by Michael J. Petrilli

Madame Secretary, may I offer you a screwdriver? 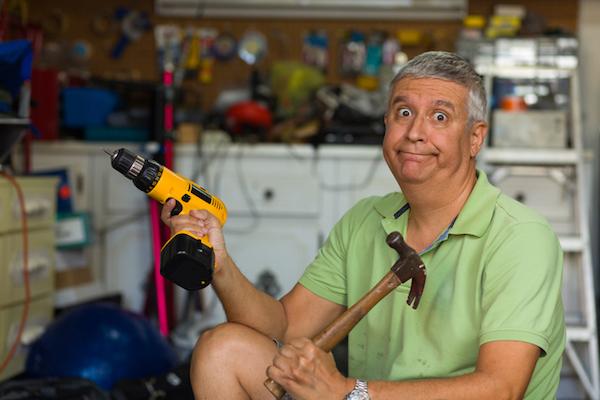 Secretary DeVos can be explained and forgiven—especially in these wee early days of her tenure—for bringing many of her public statements back to the theme of school choice. After all, that was President Trump’s one big education idea on the campaign trail, and the public-policy cause to which DeVos has dedicated her life.

There’s a saying that when all you have is a hammer, every problem looks like a nail. Team DeVos loves the hammer called school choice. (I do, too!) But they could use a few more tools in their toolbox, lest they cause some serious damage to the construction project we call school reform. Secretary DeVos: May I offer you a screwdriver?

The trouble started with her White House comments to presidents of Historically Black Colleges and Universities. These postsecondary institutions were “pioneers for school choice,” she said in prepared remarks. “Tone deaf,” Representative Barbara Lee (D-CA) tweeted. “HBCUs weren’t ‘more options’ for black students. For many years they were the only options.” The DeVos team soon walked it back.

But, it didn’t stop there. A week later, when speaking to the Military Child Education Coalition, she praised America’s servicemen and women “for joining the military with the express purpose of having access to the Department of Defense’s excellent schools—a patriotic form of school choice if I’ve ever seen one.” (The 74’s Matt Barnum was rightly skeptical, pointing out that most recruits enlist at age 18, long before becoming parents to school-age children.) She complicated matters by asking “why we should restrict the DOD schools only to military personnel” and called on Defense Secretary Jim Mattis to “tear down this wall” that keeps non-military children out of these “excellent educational institutions.”

Diplomatic relations were not improved when she addressed a group of education ministers from the member nations of the Organization for Economic Development (OECD) a few days later. “There’s little doubt,” she argued, “that the many migrants moving around the world are a classic example of pro-school choice parents voting with their feet.”

DeVos didn’t stay for questions and the Trump administration refused to comment. Moreover, she wasn’t seen or heard from for nine days.

DeVos re-emerged this Wednesday for a keynote address at the Association of Title IX Administrators. “Why do we insist on perpetuating the myth,” she asked the audience, “that the growth in women’s athletics was due to a federal regulation? Long before Title IX there was school choice, in the form of all-girls schools, and those girls, let me tell you, knew how to play a mean game of field hockey!” The crowd, initially silent for what seemed like ages, eventually erupted into heckles and boos. Her Secret Service detail rushed her off stage and into a black SUV, wherein she made an escape.

To be sure, advocating for school choice is an important, and legitimate, part of Secretary DeVos’s job. Particularly if President Trump’s $20 billion school choice proposal is to get traction in Congress, it’s going to take consistent persuasion and leadership from the top. But if DeVos is truly going to break some glass, and make real change, she needs to give her hammer a little bit of rest.