How Sesame Street Explains The Toughest Parts Of Life

How Sesame Street Explains The Toughest Parts Of Life

When I watched Sesame Street as a child, I remember it being loads of fun. Oscar the Grouch cracked me up. I loved how Big Bird could never quite get anybody else to see Mr. Snuffleupagus. I found the Count downright weird.

But interspersed with the silliness and alphabet learning, the show also tackled difficult issues. Take, for instance, when the actor who played the shopkeeper Mr. Hooper died in 1982. Sesame Street chose to address his death head-on. When Big Bird asks the grownups on the show where he went, they don't mince words: They explain that he is gone forever, but it will be okay. This was a brave plot decision for a show that targets preschoolers.

"Sesame Street has always been real-world," says Sherrie Westin, EVP of global impact and philanthropy at Sesame Workshop, the nonprofit organization that produces the show. "It's not a fantasy, it's not a fairy tale. One of the things that sets us apart is respecting children and dealing with real-world issues from a child's perspective."

Related: How Sesame Street Taught Kids About Emotions Long Before Schools Caught On 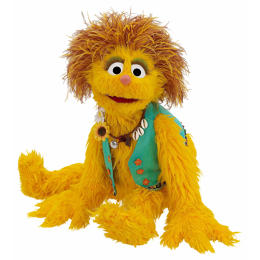 Over the last few decades Sesame Street has expanded its global reach with programming in more than 150 countries including Afghanistan, China, and Bangladesh. But the organization has also deepened its commitment to helping children cope with a wide array of issues. "When we started in 1969, we were taking the newest technology at the time—TV—and using it to help level the playing field when it came to early childhood education," says Steve Youngwood, Sesame Workshop's COO. "What has evolved is that we've figured out to get more targeted. We're still about school readiness, but we're also about life readiness."


Local experts identify the most important issues that kids are dealing with in each market. They then find ways for Sesame Street characters to help shepherd children through challenging situations. This led to the creation of Kami, an HIV-positive muppet who appears in South Africa and Nigeria. And Zari, a muppet in the Afghan version of the show, who wears both a hijab and a school uniform. In the U.S., a muppet named Lily explains that she does not always have enough food and must go to the food pantry with her family, and Alex is a muppet whose father is in prison, and that makes him feel sad, angry, and ashamed.

FIGURING OUT WHICH ISSUES TO ADDRESS

Sesame Workshop pours enormous resources into creating each of these characters, Westin explains. The organization takes a deliberate, data-driven approach. Members of Westin's team work closely with child development specialists, educational advisers, NGOs, and other experts who can point to trends and figure out the scale of a problem. Then they determine how best to address it. Sometimes they undertake a long, elaborate process of creating a new character for the TV show, or they simply create materials like comics or workbooks that they distribute to a particular community. Or they may do special performances in a community. 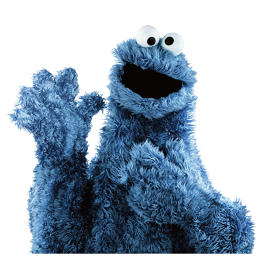 Around 2008, for instance, it came to Sesame Workshop's attention that 800,000 American children had parents who had recently been deployed in the U.S. military. In this case, Sesame Workshop took a targeted approach by visiting 40 military bases around the U.S. and overseas where characters like Elmo and Cookie Monster would offer advice to children of military parents who were away on duty.

The Workshop also developed videos, books, and activities to help families work through some of the hardest issues, including combat-related injuries and even death. In one video, Elmo must say goodbye to his father, Louie, as he is deployed. In another, a muppet named Jesse has trouble remembering her father who died, so her mom and friends help her by doing things like wearing his favorite hat or playing baseball in order to keep memories of him alive. "These are scenarios that happen to preschoolers," Westin says. "We have to address it."

As technology has evolved, Sesame Workshop has been able to help kids in focused, community-specific ways. Besides the TV show, there are some issues that only appear in books or on the interactive Sesame Street website. There are also some characters, such as Julia, a muppet who is autistic, who appear online but not on the show. This strategy is important because preschoolers come from a wide range of contexts. Issues that are very relevant to some kids—like deployment—might overwhelm another child.

On the Sesame Street website, parents can download toolkits that help deal with specific situations like grief, divorce, or the spread of the Zika virus. The TV show, on the other hand, deals with issues that affect a much broader swath of the population, like how to eat healthily or learning the basics of counting. "When we're dealing with a mass platform like TV, we do have to be sensitive," says Youngwood. "We will only bring something onto TV if we are sure we can do it in a way that is relatable and accessible to a broad audience. This may change how we address that issue." So, while a character with a parent in prison might briefly appear on the show, Sesame Workshop might create more in-depth workbooks for kids in that situation to help them to cope.

In its 48-year history, Sesame Street has perfected the craft of talking to kids about tough things. In fact, it is so good at doing this that sometimes kids don't even realize they are experiencing a teaching moment. Part of how they are able to do this is through the mechanism of the muppets themselves: Kids find these furry, friendly creatures fun. "They're an emotional connection point that allows an issue to be less threatening," Youngwood says. "Our number one rule is that we have to entertain, because that enables us to teach them. Particularly at the youngest age, if they're not having fun, they will never learn."

But Sesame Workshop also works with many child development experts to identify the best way to talk about a problem, using words that children can understand and process. It's a delicate balance: it means not overwhelming them with too much detail or too serious a tone, but not glossing over it, either. When it comes to the most serious problems, like losing someone in a war, parents themselves feel ill-equipped to help their children. "That's why we feel we play such an important role," Westin says. "We're also trying to give the parents the tools they need and making sure that they are talking with the child." 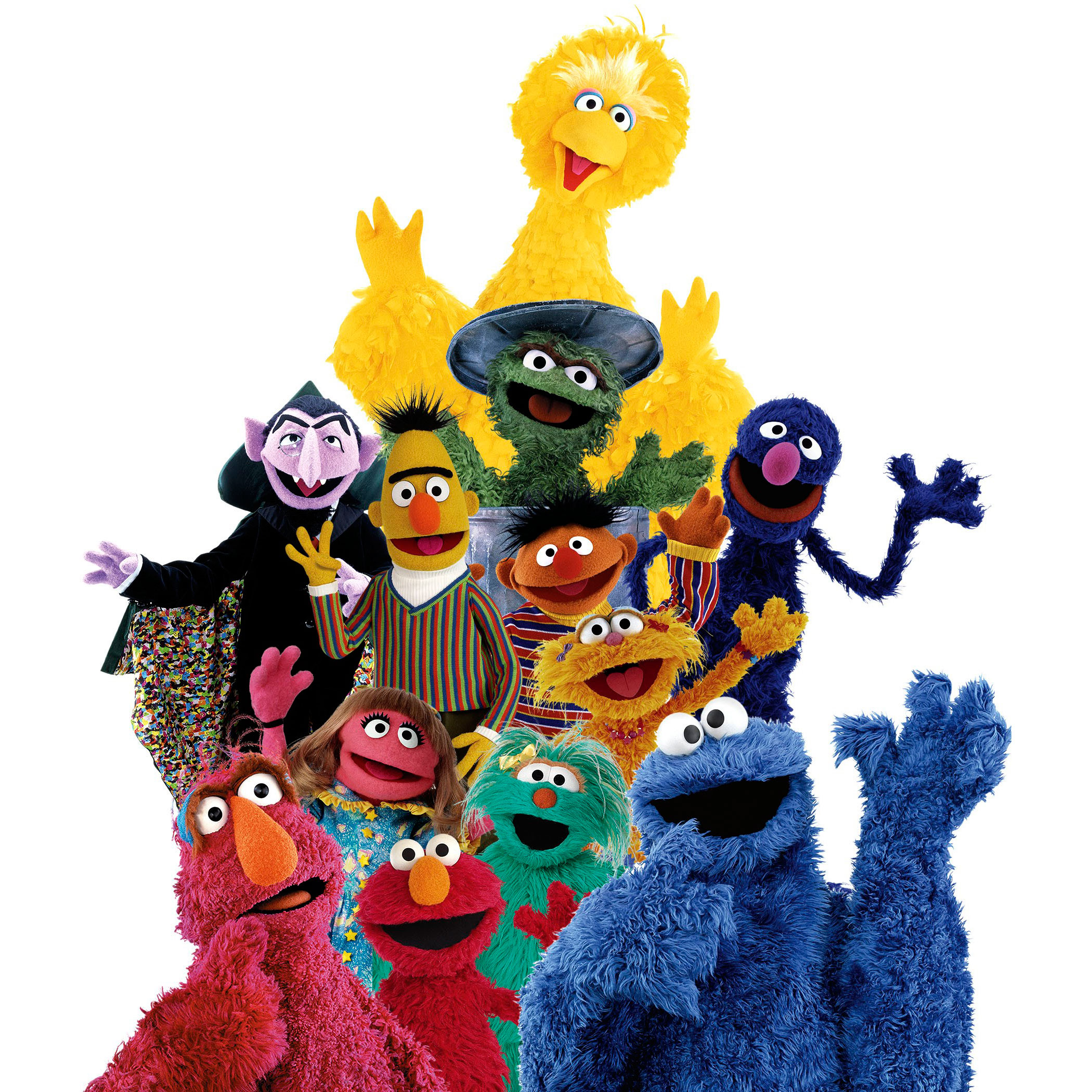 All of these social initiatives are important in improving the lives of preschoolers around the world. But they are also what sets Sesame Street apart as a children's media organization. When it comes to children's TV shows, the landscape is more crowded and fragmented than ever before, but Sesame Street stands out for having unparalleled brand recognition and the trust of parents. Part of this comes from having the courage to tackle the most uncomfortable issues and doing so in a thoroughly researched, data-driven way. "The challenge is how we continue to meet kids in all the various platforms so that we can have a real and lasting impact," Youngwood says.

The answer, Westin believes, is to continue to push the envelope. This means paying close attention to what children are wrestling with around the world and helping them. Case in point: Sesame Workshop recently launched a partnership with the International Rescue Committee to better understand how it can help children who have been displaced. The organization is already working in refugee camps to test and better understand the most effective way to help displaced children. "Half of the 16 million displaced people are children," Westin says. "We're looking for the best way for Sesame Street to play a meaningful role to reach those children who have had to flee their homes and their schools."