Don’t Give Up the Gains in Education

By THE EDITORIAL BOARD

of the NY Times 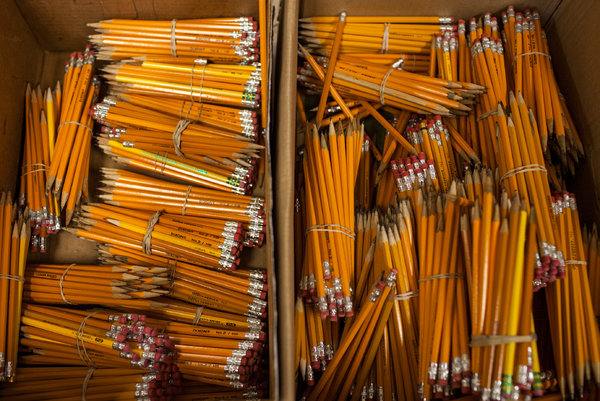 Congress made the right decision a decade ago when it required states to administer yearly tests to public school students — and improve instruction for poor and minority students — in return for federal education aid.

National test data clearly show that since the unpopular No Child Left Behind Act was signed in 2002, academic performance for the country’s students has improved and achievement gaps between white and minority children have narrowed. Earlier this month, the Department of Education announced that the nation’s high school graduation rate had hit 81 percent, the highest rate ever.

Even so, the achievement gaps remain distressingly wide, and American children are still losing ground to competitors abroad who are much better prepared for college and the new economy. It would be a grave mistake for Congress to back away from important reforms in its reauthorization of the Elementary and Secondary Education Act, which was named the No Child Left Behind Act in 2002.

The 2002 law required states to give annual math and reading tests in grades three through eight (and once in high school) to ensure that students were making progress and that poor and minority students were being educated. The most important aspect was that it required the states to improve conditions for children in underperforming schools. But the part of the law that labeled schools that missed performance targets as in need of improvement — and subjected them to sanctions — did create serious problems.

This provision failed to adequately distinguish between chronically failing schools and otherwise good schools that missed improvement targets for particular subgroups, like special needs children. As a result, as many as half the schools in some states were listed as needing improvement, seen by the public as “failing,” which mystified educators and parents, and generated a predictable political backlash.

Congress missed a chance to fix this problem when it failed to reauthorize the law as scheduled in 2007. Had lawmakers taken up the matter, they could easily have reduced the overemphasis on test scores by giving some weight to other indexes, like advanced courses, the strength of the curriculum and college admission rates. Instead, Congress did nothing and left it to the Department of Education to address the problem as best it could through administrative means.

Although the federal law required only one math and one English test per year, it led to a wave of over-testing that swept this country’s schools during the last decade. Some school districts reacted to the fear of being labeled “failing” by adding layers of practice tests, effectively turning education into mere test preparation.

Some schools went even further with testing when the federal Race to the Top competitive grant program pushed states to create teacher evaluation systems that take student test results into account. It’s up to the states to fix this problem, perhaps by identifying and discarding unnecessary tests and, if necessary, placing explicit limits on how much time can be spent on testing.

Despite its obvious weaknesses, the much despised No Child Left Behind Act clearly improved public school education. But instead of finding ways to cure the law’s problems and build on its strengths, Congress seems to want to retreat from the law’s goals. Bills to amend the Elementary and Secondary Education Act, pending in the House and Senate, would relieve states of the responsibility to intervene in a school that repeatedly fails to provide an adequate education. One proposal being considered in the Senate would allow states to end the annual testing, without which parents would never know how well their children were doing.


It would also let local districts design their own tests, so parents would no longer be able to determine how their children were doing in comparison with children elsewhere in the state. Worse still, both the House and the Senate bills would allow states to direct federal Title I poverty funds away from the highest poverty districts and schools where they are most needed.


These bills are being advertised as a way to help the states. But earlier this month, the National Governors Association and the National Conference of State Legislatures jointly issued a detailed proposal for reauthorizing the act that asks Congress to hold the states accountable for preparing students for a competitive workplace.

The state leaders call for more flexibility, but also for Congress to ensure that states design strong accountability systems that set out clear short-term and long-term goals for student improvement; that use multiple measures, including test performance; and that break down student test data by race, income and disability status. Most notably, they want Congress to require states to intervene in districts or schools that fail to meet state goals, fail to educate subgroups of students or have declining student performance over time.

The states, which bear the direct responsibility for educating the nation’s children, know from experience that this basic policy tool kit is essential for improving schools. Instead of squandering an important opportunity, Congress needs to listen to what they have to say.


A version of this editorial appears in print on February 22, 2015, on page SR10 of the New York edition with the headline: Don’t Give Up the Gains in Education.