DeVos: Schools should decide whether to report undocumented kids 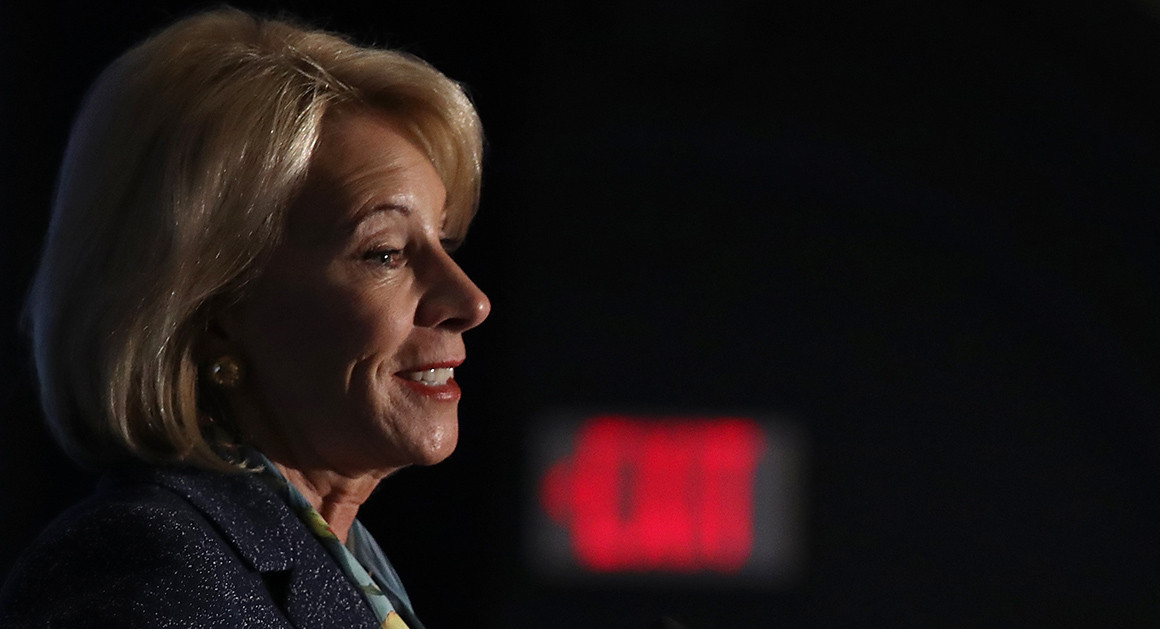 DeVos: Schools should decide whether to report undocumented kids

Education Secretary Betsy DeVos said Tuesday that it’s up to individual schools to decide whether to call U.S. Immigration and Customs Enforcement if they suspect their students are undocumented.

“That’s a school decision. It’s a local community decision,” DeVos said during testimony before the House Education and the Workforce Committee, adding that “we have laws and we also are compassionate.” Her comments came in her first-ever appearance before the education panel, lasting close to three and a half hours.

Rep. Adriano Espaillat (D-N.Y.) asked DeVos whether school principals and teachers had a responsibility to report undocumented students or their families to federal immigration authorities.

“These issues are state and local issues to be addressed and dealt with,” DeVos said.

The Department of Homeland Security has previously said that its policy generally discourages immigration enforcement in “sensitive locations” like schools, but ICE agents are permitted to enter schools under some circumstances.

DeVos acknowledged during her testimony that the Supreme Court has ruled that the government must provide funding to educate undocumented students in elementary and secondary schools. “There are undocumented children in K-12 education today that we support and give education to on a daily basis,” she said.

Civil rights groups on Tuesday blasted DeVos’ comments, which they said run counter to the Supreme Court‘s 1982 ruling in Plyler v. Doe that guaranteed the rights of students to receive a public education regardless of their immigration status.

“Let’s be clear: Any school that reports a child to ICE would violate the Constitution,” Lorella Praeli, director of immigration policy and campaigns at the American Civil Liberties Union, said in a statement. “The Supreme Court has made clear that every child in America has a right to a basic education, regardless of immigration status. Secretary DeVos is once again wrong.”

Kristen Clarke, president and executive director of the Lawyers’ Committee for Civil Rights Under Law, said that DeVos' comments “could very well have a chilling effect on families seeking to attend and enroll in our public schools, and invite mischief from schools across the country.”