A grumpy old teacher trying to keep up the good classroom fight in the new age of reformy stuff.

It's a figure that turns up again and again in reformster rhetoric, usually teamed up with the word "bottom."

It has a fine long history. All the way back in June 2009, we can find Arnie Duncan talking about the five percent in his address to the conference of the National Alliance of Public Charter Schools. The address, "Turning Around the Bottom Five Percent," and it features the rhetorical sleight-of-hand that usually accompanies discussion of the five percent. Duncan leads with a description of chronically under-performing schools, noting the social and physical conditions of these schools are "horrific." "They're often unsafe, underfunded, poorly run, crumbling, and challenged in so many ways that the situation can feel hopeless."

The "bottom five percent" meme is firmly ensconced in the language of reform. Just today, we find Hunt Lambert, the Dean of Continuing Education and Extension, opening a piece on his life-long learning blog with this sentence:

Improving the bottom five percent of K-12 schools is one of the most vexing problems in America.

Setting aside his use of "vexing" (is vexation the next step of agitation past pearl clutching?), here's one more presumably educated person talking about the bottom five percent as if it's an actual thing. 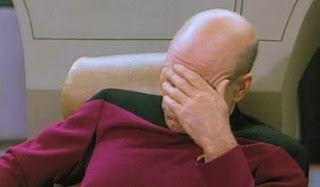 There isn't a shred of evidence to suggest that the bottom five percent of schools have some particular characteristic that makes their turnaround, takeover, or general state nose-poking are required or effective. It could have been the bottom six percent, or four percent, or eleven-point-oh-two-six percent. Five is a just a nice, round, simple number. The fact the everyone from California to Oklahoma to New York is hunting down the same five percent figure could be a sign that five percent is a very attractive number, an appealing number, the Younger Brad Pitt or numbers. Or it could be (though I haven't found direct evidence of this, yet) that all these states are working from the same template, perhaps one created by ALEC?

So is the number bad just because it's arbitrary?  It's a fair question, and the fair answer is, no, no it's not. After all, we love arbitrary-ish performance measures in education. Should the cut-off for an A be 90% or 93%? If you've worked in a building that had the grading scale argument, you know just how fact-and-data free that discussion can be.

But no-- there are other, larger reasons that the "bottom five percent" cut-off line is wrong, and bad, and should be avoided like the plague.

If we set a bottom standard and said, "All schools must come in higher than this cut line," there could conceivably come a day on which we said, "Mission accomplished! Every school has made the cut. We win! Let's declare victory and come home." But there will be a bottom five percent forever, and so the reformster's work will never be done. There will always be schools targeted for closure and takeover. Always.

Second, this is stack ranking. Stack ranking enjoyed a vogue in business and industry, but the curtain fell loudly upon the practice ranking employees in comparison to each other and firing the bottom of the stack. Most famously, Microsoft dropped the practice in 2013, not because it was philosophically repulsive or made people sad, but because it just didn't work. The New York Times Business section just last week attacked the practice once again reporting on yet another study showing that stack ranking doesn't work and in fact does more harm than good.

And those problems, both serious indictments of the "bottom five percent" approach to reform-- those problems are before we even get to the question of how schools are ranked in the first place. The answer, generally, is "by test scores." So those same old Big Standardized Test scores involving badly designed questions aiming to measure a very narrow sliver of student ability will somehow tell us which schools are better or best.

Or the other big question mark in this whole system-- the state will take those bottom five percent schools and do.... what? Turn them around and fix them? Is there any indication that the states or the privateers that they invariably hire to do the work-- do any of them know the secret sauce for turning schools around? If they don't, then what is the point of this exercise? If they do, why did we decide that only the bottom five percent would get the benefit of this miraculous brew of fairy dust and unicorn pee?

Any time you see "bottom five percent" crop up, beware. It's one more time that reformsters are just making stuff up but trusting you'll believe them because, look, numbers!

UPDATE: Somehow I neglected to include the "research" from Chetty, Friedman and Rockoff that canning the bottom 5% of teachers (identified using magical and debunked VAM sauce) would make schools more awesome. Such a magical number, that 5%.