A crisis of confidence in the SAT: Two compromised tests in a row have put the exam’s creator on the defensive.

A crisis of confidence in the SAT

Two compromised tests in a row have put the exam’s creator on the defensive. 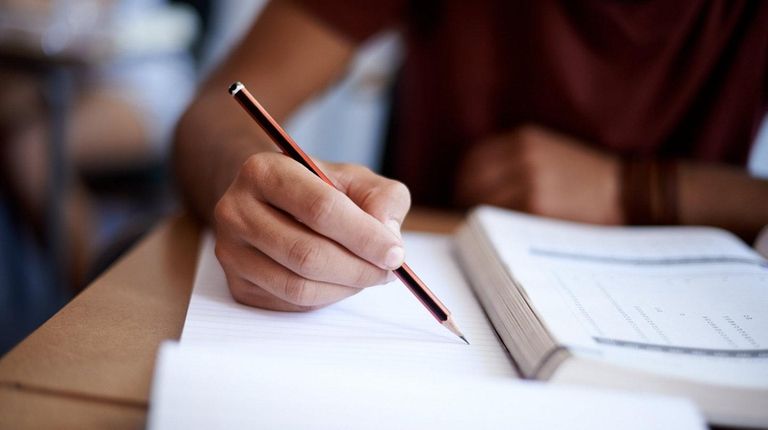 To many frenzied high school students and their fretting parents, the SAT is serious business. Expensive services that prepare students for the entrance exam abound, and many students work for months or years to maximize scores.

With such high stakes, security is a core responsibility for the College Board, the not-for-profit organization that develops and administers the SAT. Last week, it stupendously failed to live up to that responsibility.

Students all over the United States opened up their booklets at 8 a.m. Saturday. By 1 p.m., they were done — and word that the test was compromised was flying across the internet.

Some test-takers had seen Saturday’s test and the answers before. It was the exact test given as the international SAT last year, and leaked versions had been circulating for months, particularly in South Korea, China and Asian communities in the United States.

Each year, College Board retires some of that year’s tests, which are released as practice exams, and keeps others secret for future use. But pictures of the tests are now taken by students with tiny cameras. Teams of students come together to rebuild tests from memory. And students get these questions and their answers, often through test-prep companies.

The College Board refused to confirm that Saturday’s test was a repeat, citing “security reasons,” but its two bland responses about determining whether students gained an unfair advantage and penalizing them form a tacit admission, and study versions of the test are all over the internet.

And this makes two botched SAT administrations in a row. The June version was so easy that experts say unusually large penalties had to be given for getting just one or two questions wrong, creating an uproar.

“With high-stakes tests like the SAT, social media has be monitored these days to see what is getting out,” said Stephen Sireci, a professor at the University of Massachusetts and the director of its Center for Educational Assessment. That would help with a bad system, but a better answer, according to Sireci, would be a better system: adaptive, computerized tests that reduce how many people see each question, allow more questions to be in circulation and can give more specific information about proficiency.

There is a petition to invalidate Saturday’s scores at whitehouse.gov, but it likely won’t bear fruit. Students have until Thursday at midnight to tell the College Board they don’t want their Saturday tests scored. That would make sense if students think the scores of those with advance knowledge will force their scores lower in the curve. My daughter, who took the test Saturday, might do that. But then she’ll have to take the test again on Oct. 6, with little confidence that version will be administered fairly. And taking it over won’t change the fact that kids who had seen the test might beat her out of a spot at the college of her choice, thanks to a score from Saturday.

The College Board needs to fully secure its tests. It needs to stop reusing tests, or colleges need to announce they will no longer accept SAT results. If we’re going to make our kids play for such high stakes, the game must at least be honest.

Lane Filler is a member of Newsday’s editorial board.