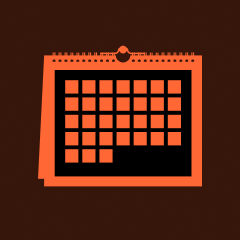 Export to Outlook or iCal (.ics)

The Massapequa Fire Department and the Nassau County Police Department will conduct the first-ever Motor Vehicle Accident Simulation of its kind on Long Island to 1,200 high school students on the football field of Massapequa High School on Friday, April 15 at 1 p.m.

With Senior Prom and other festivities on the horizon, this timely and extremely “sobering” event is expected to “shock and awe” students into avoiding dangerous behaviors that could put their lives at risk.

The demonstration will consist of a staged, two-car auto accident with an intoxicated driver and multiple victims.  One victim will end up on the hood of a car, DOA, while another victim staggers out of the car obviously under the influence. The Massapequa Fire Department will handle extrication, patient care and removal utilizing heavy rescue vehicles and the Jaws of Life. The NCPD will simulate a DWI test and subsequent arrest and will also provide a helicopter landing to simulate a medical evacuation from the scene. Some of the high school’s Drama and Students Against Destructive Decisions (SADD) students will be acting in this simulation.

“They will hear the Jaws of Life cut through the metal, see victims placed on backboards and taken away … just like they would see in a real-life accident,” said Massapequa firefighter Stuart Paolino, who has been trying to get the idea of a true-to-life simulation off the ground on Long Island for about two years. “School districts do an excellent job promoting programs that encourage students to make the right choices, but this demonstration, “takes it to the next level,” Paolino said.

“This simulation, along with consistent reinforcement of the importance of healthy choices, will make a positive impact on the students and all involved in our fight against DWI and other destructive decisions,” said Charles Sulc, superintendent of Massapequa School District.

This powerful event is expected to be the first of many throughout Long Island school districts. School officials from other districts have been invited to witness the simulation to evaluate its effectiveness.