Testing Mania vs. Planting the Seeds of Real Learning

The following is a reprint from a post that I ran last year at this time.  I think it is still relevant.

News coming in from various districts around the state of New York anecdotally indicates that increased stress levels with the new, longer state assessments have been affecting both students and teachers alike.  Stories of an uptick in the number of students who have actually become sick— vomiting directly on their test papers in fact— have been…

Rise Above Our Label

We regularly read or hear about schools that are labeled as failing, teachers labeled as effective or ineffective, and most troubling, students who get labeled as 1s, 2s, 3s, or 4s.  Very often we find ourselves faced with being labeled, whether by others or even ourselves.  Then there is the issue of labels that society places on individuals.  Whatever the source, internally or externally imposed, labels create a fundamental challenge for individuals.  The capacity to impose a label--“I’m…

Have you seen the commercial on TV that offers consumers a service where contractors and companies are reviewed using a data base to give people a better chance at obtaining satisfaction with their purchase?  The thought of how this may or may not be relevant to education came to me as I considered posting a review of the work recently done on the gutters of my house.  Here I thought, wouldn’t it be useful to alert…

Sucking the Life out of School Leadership

Look at the faces of those entrusted with the careful nurturing and guidance of our youth.  Pay close attention to their body language.   They wear the strain of leading and managing an agenda that is fraught with unnecessary elements, coupled with the real prospect of reimagining the schoolhouse in an age of disruption.  At a time when we desperately need a steady hand to steward the changes in society at-large, there are many distracters that mask themselves as “necessary changes” for the…

I like to say good morning to our students.  No, actually I love saying good morning to our students.   When I say this I mean to several hundred students as they arrive, and not a few as I may see them passing in the hall.  It’s a simple act that has a powerful set of returns.  In fact, today I took this simple act a step further and held the door open to those high school students who are dropped off, or who drive to school.  They slowly trickled in at one of the entrances to our secondary…

Racing Faster to the Top and Falling Further to the Bottom 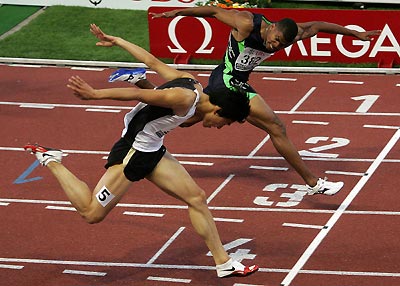 News of the day reveals vivid accounts in the educational community of public vs. private interests, technology based, market driven solutions, sage wisdom that fights for position to remain relevant, and fierce debates over the metrics of measurement—all in the name of resolving the ills of society.  We strive to get our collective democracy to move…

Ready For the Future?

In our quest to prepare our students for their future and not our past there is a great deal of discussion and concern about being college and career ready.  The latest employment figures reveal a growing chasm between those who make up the unemployed and those who are gainfully employed, with a far greater percentage of those without jobs coming from the category without a…

The Pushes and Pulls of Education in 2013: Where is the Learning?

Among the many pushes and pulls that impact the exchange between teacher and student we find an ever-growing list of elements that demand our attention.   Today our senses are being battered by any number of requests for “techno fixes” and ways to gain an advantage, or ways that provide the promise of being able to take a shortcut to the success of everything from student achievement to the prevention of a possible physical assault on our students.  Test prep programs, online tutorials,…

What does the NHL have to do with the NYS Testing program?

For those who are not hockey fans, players in the National Hockey League (NHL) have been on strike thus far this season.   A fourth grade teacher casually asked his class, “When does the NHL start?”  A student gleefully replied, “next week.”  This prompted another student to moan and groan, “oh no, not another test.”

At first blush this appears to be an innocent and seemingly humorous exchange.  It does, however, belie a more insidious reality.  It reveals what appears to be…

In the wake of the holiday gift giving season and the trajectory of increased online shopping it is worth taking a look at changing trends in commerce and how that may or may not apply to education.  One of these trends is an ever increasing volume of package deliveries throughout the world.  The first part of this examination really goes beyond holiday shopping habits or the number of packages delivered, and seeks to recognize the vastly changed landscape that we live in today compared to…

These are the words of a classmate of Adam Lanza.  A very bright educator once told me that no one goes through high school unaffected, and that our job is to realize the impact that we have with all of our students.

The unspeakable horror of the events in Connecticut is beyond both words and comprehension.   It is far too early to know the root cause, let alone the reason for such a heinous act of violence against the innocence of beautiful young children.  There will…

On Being Thankful—Taking the Time to Do the Right Thing

By the time you read this—however you spent Thanksgiving—what was served, and how you spent time together with family will have morphed into the frenzy that is often associated with the start of the traditional holiday season.  As I took the time on Wednesday, November 21st to express my appreciation to the staff of our school district prior to the actual holiday break I was reminded of the many things that I am thankful for, especially at this time of year.

Time will tell if the grand plan to measure everything in education in the name of reform will produce more engineers, mathematicians, or scientists.   Having recently seen the Broadway production of Wicked I find it hard to fathom that the next generation of artists, musicians, stage production coordinators, choreographers and the like will benefit by SLOs or any metric that the data wonks may create.  Creativity is in fact the most jeopardized commodity that we risk losing if we…

How will the Psychometricians Figure this out?

Our hearts go out to all who are living though the loss and devastation associated with Hurricane Sandy.  The impact is both hard to imagine, and even harder to fully calculate.  In some cases children and their families will be forever changed as a result of the events that took place this week.  This is a stark reminder of how fragile life is, but also how we come together in times of great need.  Suddenly our priorities shift, and we realize what’s really…

The Best Part of My Week--What Matters Most

Among my greatest fears as an educator in the age of a misguided, high stakes, over intrusive, external accountability system is having to look back and wonder about the “things that never were and say, Why…

The following represents written testimony submitted to the NYS Education Reform panel when they came to Long Island.

The whole of your deliberations is inclusive of much evidence, the hard and soft data points, the loose and tight perspectives that coalesce around both broad and specific themes that accept and reject theories of change, of policy, and ultimately of a renewed agenda for education in New York State.

Albert Einstein once said, “if I had one…

What is obvious to anyone who steps into the halls and classrooms on the first day of school?  The floors are very shiny, having several coats of wax, clean, and ready for the start of the new year.   For me, there is another more palpable kind of shininess.

Most notably, it is evidenced on the faces of little kindergartners and 1st graders.  There is a sense of possibility and hope like no other when you gaze into the eyes of children who appear on the first day…

As districts grapple with the mandated costs associated with the implementation of the Annual Professional Performance Reviews  (APPR), important data points might be missed.  Lost in the tally of exorbitant financial costs that every school district will be forced to provide is the drain on the time and energy of every educator in the state.

That which is measured or tested gets done, or so says the axiom.  This focus will drive attention…

What story do we tell as a school system?  Is it the story of meeting annual progress as measured in standardized testing results? Or is it the story of a thoughtful, inquisitive and reflective student; a school community that is part of a tapestry and not a pie to be carved up by those with individual agendas.

What is the story that the learner is engaged in as they study the arts and sciences of any learning process?  Do they see the lessons that unfold over the course of a…

The Spruce Goose of Education Reform 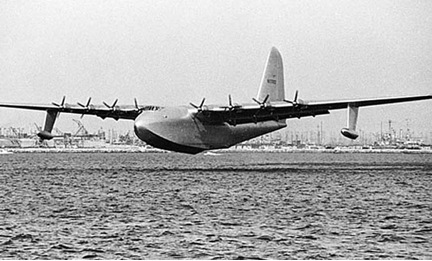 As educators throughout New York State scurry to finish completing the behemoth of grand plans to “reform” education for the children of this state, one is reminded of the debacle in design known as The Spruce Goose.  Formally called the Hughes H-1 Hercules, the aircraft was an attempt to create an effective way to transport troops and supplies over the Atlantic…