Cheating and Other Deceptions About Students’ Learning By Bill Tucker

Cheating and Other Deceptions About Students’ Learning

We’re learning that there are many ways to cheat.

Good morning students! We are going to learn how to make multiplication problems. Today we have traveled back in time to the age of the dinosaurs. Dinosaurs reproduce by laying…..? Right! Eggs. The dinosaurs lay their eggs in …? Correct again. Nests. In your baggy, you will find several paper nests and two colors of eggs.

I would be excited to…

By Mike Schmoker and Gerald Graff

If we want record numbers of students to succeed in postsecondary studies and careers, an ancient, accessible concept needs to be restored to its rightful place at the center of schooling: argument. In its various forms, it includes the ability to analyze and assess our facts and evidence, support our solutions, and defend our interpretations and…

John Kuhn: Why Shouldn't Teachers Be Graded, Too? By Anthony Cody

John Kuhn: Why Shouldn't Teachers Be Graded, Too?

By Anthony Cody
Three weeks ago I shared …
Continue

“Real success is finding your lifework in the work that you love.” ~ David McCullough This Yellow Space for Rent - Maybe Someone Read my Blog?

This Yellow Space for Rent 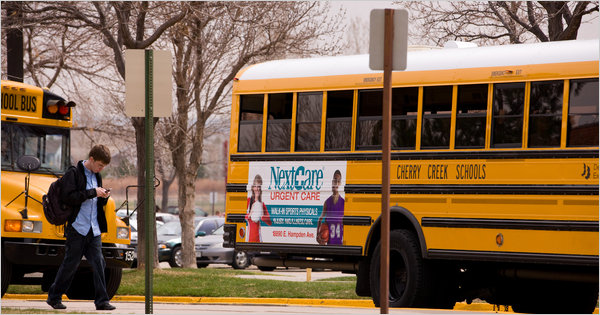 Can I Be Done?

I remember having a conversation with an elementary art teacher about 12 years ago whereby she lamented over a question posed by a student regarding an art project.  "Can I be done?," the student asked.  The teacher responded, "I don't know can you?"  Only the artist knows when he or she is done.  Artwork, like any other work in school - math or science tasks, historical or literary analysis, etc. is an exploration of understanding that should not be guided by a process akin to…

Margaret Wheatley, a brilliant thinker and organizer, writes: “I believe we can change the world if we start listening to one another again: simple, honest, human conversation, and not mediation, negotiation, problem solving, debate, or public meetings. Truthful conversation where we each have a chance to speak, we each feel heard, and we each listen…

Last week, Long Island business leaders learned about an investment strategy that, implemented statewide, would yield an 80% return on investment, create tens of thousands of jobs, and save taxpayers tens of millions of dollars.

Reflecting One Year Later on iPad Use in Schools

Very interesting post by Dr. Mark Wagner, on Workshops including: a Comprehensive Agenda & Free/Paid Resources  using the iPads in schools. Follow the link below:

As May approaches, student teachers are stepping out of their pre-service shoes and…

During my senior year of college, I taught math to 26 inmates, none of whom had finished high school. What I faced…

By Futures of School Reform Group

One of the issue areas…

I came across the following post on The Committed Sardine (a great site to check out).

Inspired by Sandy Speicher’s vision of the designed school day of the future, reader Shelly Blake-Plock shared his own predictions of that ideal day. How close are we to this? The post was written in December 2009, and Blake-Plock says he’s seeing some of these already beginning to come to fruition.

The Kid with the Symbols Carved in His Hair

The Kid with the Symbols Carved in His Hair

The Occasional Musings of an Educator

What We Do and What We Don't Do

Recently I had the opportunity to spend the better part of 12 hours engaged in a series of professional development workshops.  Three presenters offered insight into a particular strand of educational practice, focusing on two primary aspects of our effectiveness as educators.  Two of them looked at issues related to literacy, and the third presenter examined the nature of teacher effectiveness through the lens of a practice known as instructional rounds.  Spending 12 hours immersed…

I think that it would be great if I am able to meet other Hispanic administrators out here on the Island and discuss some of the issues that affects us on a daily basis.