Can We Talk About Change Without Hurting Feelings? by Will Richardson

Can We Talk About Change Without Hurting Feelings?

“I think when we say things like ‘school is broken’ it really demeans the hard work of so many educators who make school awesome everyday.”

As I would have expected, it was retweeted and favorited widely. The sentiment is, of course,…

Evaluation Season: Do You Calculate or Motivate?

Teacher and principal evaluation season arrives with springtime. Evaluation season, unlike springtime, is rarely a time of excitement and color and new life. But, it is important to remember we can make a choice about how to approach the evaluation season. Perhaps, that choice may change the way the season is experienced, moving from a deficit model that focuses on what isn't, to one of what is and what can be.…

Are teachers allowed enough freedom to take risks with curriculum? By Allie Gross

Are teachers allowed enough freedom to take risks with curriculum?

How Can Successful School Improvement Ideas Be Taken to Scale? by Catherine Lewis

How Can Successful School Improvement Ideas Be Taken to Scale?

In this article in Educational Researcher, Catherine Lewis (Mills College School of Education) asks why a number of good ideas for improving student achievement are not “scaling up” – that is, having an impact beyond a small number of successful classrooms and schools. Other fields (including health care and automobile manufacturing) have brought about major gains in quality by…

How Schools Can Help Push Back the Age of Childbearing

In this article in Education Next, Michael Petrilli of the Thomas B. Fordham Institute asks what U.S. schools can do about the growing number of out-of-wedlock births and the well-documented travails of children raised in single-parent homes. “This may seem like a ridiculous question,” he concedes. How can schools possibly affect a problem with such deep roots? Shouldn’t schools limit…

The Power of Reading Aloud

The Power of Reading Aloud

In this article in The Reading Teacher, Illinois teacher JeanaLe Ann Marshall describes how her fourth graders react when she wraps up her daily 10-minute readaloud: “Nooooo! Read more! Don’t stop! Why do you always do this to us?” Among their favorite books:

It was once clearly so and is so again. School leaders are increasingly responsible in the public eye to prepare students for lives beyond the school walls. This responsibility involves addressing the needs students bring today and creating learning environments which serve them well by developing knowledge and skills they will need for tomorrow. There are challenges to that responsibility.…

Reading and phonics are pretty much the same thing

Last week, I was looking at "Why Johnny can't read" (Rudolf Flesch, 1955) where Flesch quotes some  professors's advice about what readers  should do when encountering new words.

There is a list of a half-dozen items. The last one is phonics. The student is supposed to use phonics only as a last resort. This is quite nutty but it's the official doctrine of K-12 education for many decades.

At about the same time, I saw a video where a professor from Minnesota,…

Are you a resilient educator? By Christopher Wooleyhand, Ph.D.

Are you a resilient educator? How do you respond when things don’t go your way? This week was challenging for me. I’ll spare the specifics, but I’m finishing the day wondering where things went wrong this week. The most alarming part of having a bad day or week is the feeling of losing control. How can you get that control back? Here are a few suggestions that might help. I’m going to try and take my own advice.

Put Your Day or Week in Context

Everyone has their moments.… Continue

Opting out, race, and reform by Robert Pondiscio

Opting out, race, and reform

Testing is the most misunderstood element of education reform.

Today's leader understands that vision is a collaborative endeavor, with permeable boundaries and moving goalposts. These leaders can enable the conditions that support new types of relationships between teachers, teachers and students, teachers and leaders, and school and the broader community. Read…

Only 5,000 kids are offered admission to the nine prestigious college-prep high schools in New York City, and they are predominantly male, and white or Asian, reports Alia Wong in The Atlantic. In 2013, just four percent of incoming freshman were black, and five percent Latino, to the three most prominent schools: Stuyvesant, Bronx School of Science, and Brooklyn Tech. Admission to a specialized school hinges…

The Common Core: great if you're affluent - Carol Burris

The Common Core: great if you're affluent

Carol Burris, a principal in New York state, writes in a letter in The Hechinger Report to Jayne Ellspermann, a principal in Florida, that the problems she sees with the Common Core go beyond mechanical issues of implementation to the standards themselves. If every child in America grew up in a financially secure home with access to enriching activities and an excellent pre-school, the standards would be great. Since…

A plea to our media and local leaders

My sense of the world is that our Education Establishment is doing a crummy job on purpose, and even worse our local media stand silently by, and our local leaders remain relentlessly passive.

Every organization I look at –  the media, elite groups like PEN, Ivy League universities, Chamber of Commerce, religious groups-- all…

Learning Should NEVER be Lonely. by Bill Ferriter

Learning Should NEVER be Lonely.

One of the terms that I just can't come to grips with in education is "personalized learning."  Maybe I'm being paranoid, but it literally frightens me.

In my worst nightmares, I see rows of…

Opting Out? Look at the Tests First By Robert Rothman

Opting Out? Look at the Tests First

Well, testing season seems to have…

Decoding the Common Core: A Teacher's Perspective by Ariel Sacks

From my perspective as an… 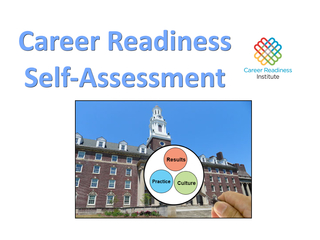 Educators have effectively impressed upon students and parents the value of education by creating a “college for all” culture. School conversations, procedures and artifacts all showcase college as the “holy grail.” Anything less is failure!  Schools provide extra support for students in their college applications and celebrate college acceptance. However, recent school…