It is surprising that a shallow and slanted statement like this gets published.  Each  Teacher Union represents all the teachers in their district or region. Each teacher at a school is provided due process and representation by their Union for any disciplinary actions and for most policy decisions. Teachers who 'opt out' receive the benefits of these Union services.  It would be ridiculous for there to be two salary schedules: one for Union teachers and another for non-Union teachers. It is…

Conversations about mandated change are far easier than having conversations and leading non-mandated change.  It is familiar to attribute the problems associated with change (loss, resistance, reallocation of resources, relocations, etc)  to the source of the mandate, be it a legislature or a regulatory agency or a board. It is where the leader begins alone, this territory where he or she raises questions and initiates change that is not mandated.  'Let sleeping dogs lie' is a short…

"Ciao" from Italian education reformers. They have a message for American educators.

Pensare Oltre is a group of Italian education reformers. They decided that their public schools have gone in the wrong direction, and they are trying to fix this mistake.

The fascinating part of the story is that these are not the typical disgruntled intellectuals (such as myself) but in fact are upscale doctors, lawyers, business people, ballerinas, psychiatrists, sports figures, and everybody else who has figured out that the people in charge of education should be…

Do Metal Detectors in Schools Do More Harm Than Good? by CECILIA REYES AND JENNY YE 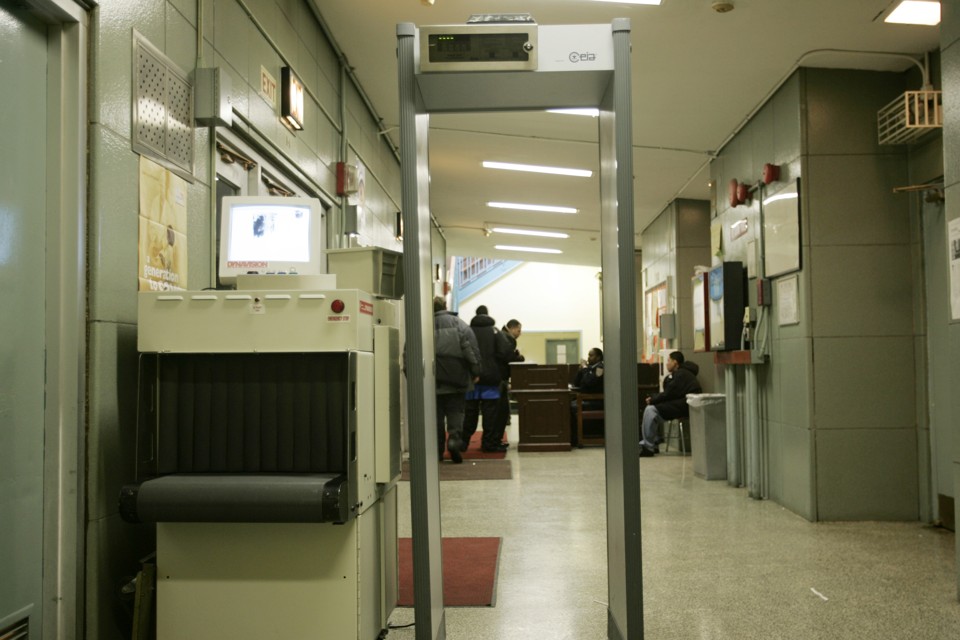 Do Metal Detectors in Schools Do More Harm Than Good?…

The impact of childhood adversity and trauma--such as physical and emotional abuse or neglect, or mental illness, addiction or incarceration of a parent or close family member--can last through adulthood. Research shows that children exposed to adversity are at higher risk of chronic illnesses like heart disease and diabetes, learning difficulties in school, contact with the justice system, as well as addiction and economic hardship. The crisis crosses socio-economic, racial and…

After graduating from college in 1987, I served in the Peace Corps for two years. I was assigned to the tiny island nation of St. Kitts/Nevis in the West Indies. The islands in the Caribbean are beautiful, but the economies struggle due the challenges of maintaining industry and tourism structures.

The people in the West Indies were very accepting of Americans, although many of them thought that we were all just like the people on the TV show Dallas. It was a life-changing experience… Continue

The Best Type of Praise

Praise is certainly not a bad thing, but knowing what to praise and when makes the difference. Carol Dweck's research teaches more than mindset. In her 1999 article entitled "Caution-Praise Can Be Dangerous!", Dweck argues that one sentence of praise can have "powerful and pervasive effects."  Students are extremely sensitive and, from the interactions and experiences they have with adults,…

What Do Students Mean When They Say School is “Boring”?

What Do Students Mean When They Say School is “Boring”?

In this sidebar in a Kappan article, Colorado educators Lois Brown Easton and Michael Soguero say that educators’ response to students who say they’re bored is often, “We’re not here to entertain you. We’re here to teach you what you need to know.” But the most recent results from the High School Survey of Student Engagement (HSSSE) show that there are…

The Miseducation of Donald Trump Voters by Robert Pondiscio

The Miseducation of Donald Trump Voters by Robert Pondiscio…
Continue

Collaboration Can Be a Colossal Waste of Time by Peter DeWitt

Collaboration Can Be a Colossal Waste of Time…
Continue

Bias is a very personal and deeply stealth orientation, set of feelings, and frame of mind; so deeply, in fact, can bias be hidden that it can go totally unnoticed by the holder. Denial may not be dishonest. It may be the result from simply being unaware. Gender bias exists from the very beginning of life. It does not begin in schools. It begins at birth.  One might think that "we've come a long way baby" and in some ways we have.  But evidence that "we've got a long way to go" exists…

Every School's Obligation by Eric Sheninger

More STEM Teachers is Not Enough

Although STEM is a four-subject acronym, it is not only the subjects themselves that prepare students for the future. It is the manner in which these subjects exist in service to each other, and the manner in which their application serves as an externalized learning process that becomes visible to the teacher and the learner.  Our belief about STEM is, as we have written often, that it is an expansive term that invites all subjects into the process all based upon the talents and…

How can Bill Gates help education?? Alexander the Great can tell him.

In short, he wouldn't do something like Common Core, a vast federal program that is top-heavy, top-down, and contemptuous of everything at the bottom. No, he'd stay miles away from that.

But how about he looks for the quick, simple, even down-and-dirty…

Bringing the use of technology forward, embedded into teaching and learning, is the responsibility of school leaders. The words "professional development" create a picture of Superintendent Conference Days or trips to conferences. Without the leaders' attention, support, and modeling, pockets of use and resistance will remain within the school leaving uneven opportunities for use by students. Resulting changes may be seen in cases of individual efforts. Yet unless truly led by the…

Should King be formally nominated as education secretary?

Should King be formally nominated as education secretary?

Each educator has a responsibility to create the environment in which every student can succeed. Roles may be different, but the responsibility the same. However, it is the superintendent, in concert with the central office and building leaders, who hold the responsibility for leading a community of faculty and staff. Certainly, if a teacher is dedicated to that end, within that specific classroom, there are successes which can become foundational for future…