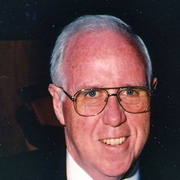 Some years ago I gave a talk in which I outlined classroom practices that can promote caring and cooperation. When I was done, a woman stood up and informed me heatedly that she doesn’t send her child to school “to learn to be nice.” That, she said, would be “social engineering.” Besides, she added, her child ought to be “taught to respect authority.” It took a moment for it to register that, since the latter could also qualify as an example of social engineering, this phrase was being used just to discredit any topic she didn't like.

That exchange came to mind recently as I read about how right-wing political operatives have created "a constellation of well-funded groups dedicated to disrupting school boards." A key feature of their "trollification of real-life local politics"1 is an orchestrated indignation about how educators are supposedly "indoctrinating" students with liberal ideas.

If I'm understanding this correctly, it's "political" to declare that Black lives matter but not political to act as if they don't. To teach the ugly historical realities of conquest and slavery in this country constitutes "indoctrination" -- or, in the words of one Republican voter, "jamming a political opinion down these little kids' throats" -- whereas to avoid teaching this does not. (Even more remarkably, people who employ the words freedom and liberty as weapons to undermine public health measures have no compunctions about relying on coercion -- banning books and making it illegal to teach certain topics.) What is unacceptable, apparently, is not racism but having the bad manners to use the word "racism," which Texas legislators were warned to avoid while debating voter suppression legislation. Around the same time, one school district in that state instructed its teachers to offer opposing perspectives about the Holocaust, presumably to avoid indoctrinating students to believe that mass murder is a bad thing.2

There will always be disagreements about what to teach, as well as differing perspectives on the content of the instruction. But people who think that a certain event taught in history class didn't really happen, or wasn't really so awful, or isn't something children should learn about should just say that. It's dishonest to pretend that their preferred curriculum is apolitical or value-free. What has been taught for decades actually may amount to indoctrination by omission or misdirection.

This is not true only with respect to teaching history. What the sociologist Alvin Gouldner once referred to as the “vain ritual of moral neutrality” should be exposed as dishonest in any endeavor -- and certainly with respect to every facet of education. To ask whether we should allow values to be taught in school is about as sensible as asking whether our bodies should be allowed to contain bacteria. Just as humans are teeming with microorganisms, so schools are teeming with values. We can’t see the former because they’re too small; we don’t notice the latter because they’re too similar to the values of the culture at large.3

That applies to the curriculum but also to the rules (and who gets to make them), as well as the school's programs, culture, and climate. All of these send messages about what matters most to those in charge, even if these messages are sent unintentionally and received unconsciously. Are students evaluated individually rather than as a group? Are they set against one another in a race for artificially scarce distinctions? Is there only one person in each classroom who is addressed by his or her last name? Do children start each morning by pledging their allegiance to the nation-state in which they live -- in effect, reciting a loyalty oath to the Fatherland?

These practices are indisputably value-laden; whether they qualify as exercises in indoctrination is less clear but a question worth asking. That word clearly does apply in some instances, and intellectually honest people do not use it only (or always) when things they don't like are taught, just as they don't refer to essays as "rants" or "screeds" just because they disagree with the author's thesis.

But even though there are hard cases -- gray areas -- where it's not clear whether indoctrination is an apt word, we should be able to agree that there is a meaningful difference between (a) giving students the tools (and, equally important, encouraging them to acquire a disposition) for critical reflection and genuine skepticism, and (b) getting them to parrot someone else's position or develop loyalty to a belief system or institution without asking questions and raising objections.4

The kind of education that raises a suspicion of indoctrination typically fails to call attention to the process: Rather than explicitly inviting students to explore the beliefs (and the premises underlying those beliefs) of whoever designed the curriculum, an effort to shape their assumptions is effectively hidden. Consider, for example, curriculum materials prepared by (and advancing the interests of) corporations without making students aware of their authorship,5 or social studies courses in which the country's economic system is treated as a fact of life (stock market simulation games being a good example) rather than a subject for critical and comparative analysis.