Christie Wants to Grade the Teachers

Christie Wants to Grade the Teachers

A Christie administration task force has proposed that a combination of test scores, personal observation and school-wide performance be used in New Jersey to figure out which public school teachers are the most successful.

The recommendations made public Thursday would help determine what teachers were paid and which ones received and retained tenure, if Gov. Chris Christie has his way. But the evaluation system was immediately attacked by critics who called the methods unreliable. 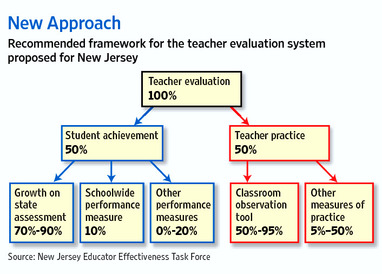 The evaluation rubric is crucial to Mr. Christie's plan to overhaul the state's public schools during what his administration calls the "year of education reform." He wants to make it easier to fire bad teachers and pay teachers based on job performance rather than seniority.

"This is a really, really solid step in the right direction," he said, while noting he didn't agree with every word in the report, issued by a task force he created in October.

Mr. Christie said the education commissioner would have the power to implement some of the changes by regulation. He said he wasn't going to explain which parts would be done through legislation, regulation or sheer persuasion.

The controversial and vexing question of how to grade teachers is popping up in states across the country, prompting legal battles over methodology and whether or not to publish teachers' scores. On Tuesday, New York Gov. Andrew Cuomo said he wants to broaden his state's evaluation system, developed with union input, to cover all teachers by September.

The task force report in New Jersey recommends ways to evaluate teachers, with half of the score based on student performance, 40% through measures of "effective practice" and 10% based on other measures. Now, school districts can adopt individual policies on annual teacher evaluations.

The report also suggested methods for rating principals, grading them on student test scores and their ability to retain good teachers while purging bad ones, among other measures. 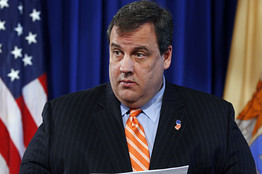 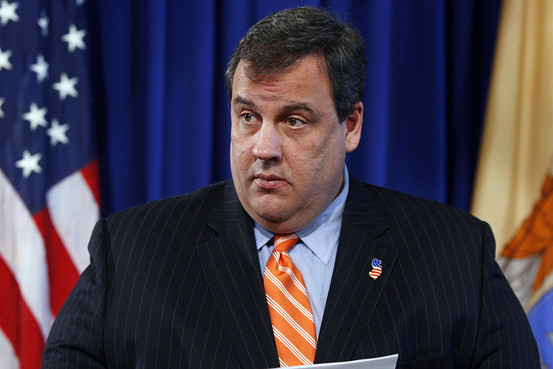 Teachers unions and some education experts, anticipating the New Jersey report's recommendations, pushed back in advance against the merit measures, arguing that student test scores are not reliable nor comprehensive enough to be used in "high-stakes personnel decisions."

"There are a lot of flashing yellow lights suggesting policy makers should proceed with caution before putting too much emphasis on test-score improvement," said Barbara Keshishian, president of the New Jersey Education Association.

Mr. Christie knocked NJEA, the state's largest teachers union, for putting out a statement the day before seeing the report and noted that other union leaders had accepted student test scores as part of teacher evaluations. The union has been his biggest foe and favorite foil.

The NJEA wasn't represented on Christie's task force, though the panel included a representative from the American Federation of Teachers, which represents teachers in Newark.

The task-force report calls teacher effectiveness the "most important in-school factor for improving student achievement." It recommends basing the evaluation system between 35% and 45% on improvement in statewide test scores, at least 25% on some type of "classroom observation tool," and the rest on other methods.

The performance of individual schools would also count for 5% of each teacher's individual grade, so teachers could "share credit" for a school goal. There is room for variation among districts, which would be allowed to choose their own teacher observation methods and select among a range of national and state tests.

Bruce Baker, a Rutgers University academic and frequent critic of the Christie administration's approach to public schools, on his blog said "the report proposes the most ill-informed toxic brew of policy recommendations that one can imagine."

All teachers must work toward mastery for all children, not the government officials!

Christie needs to stick to his new diet and let the teachers do the job they were trained to do!

Fear and scare tactics do not improve our schools!